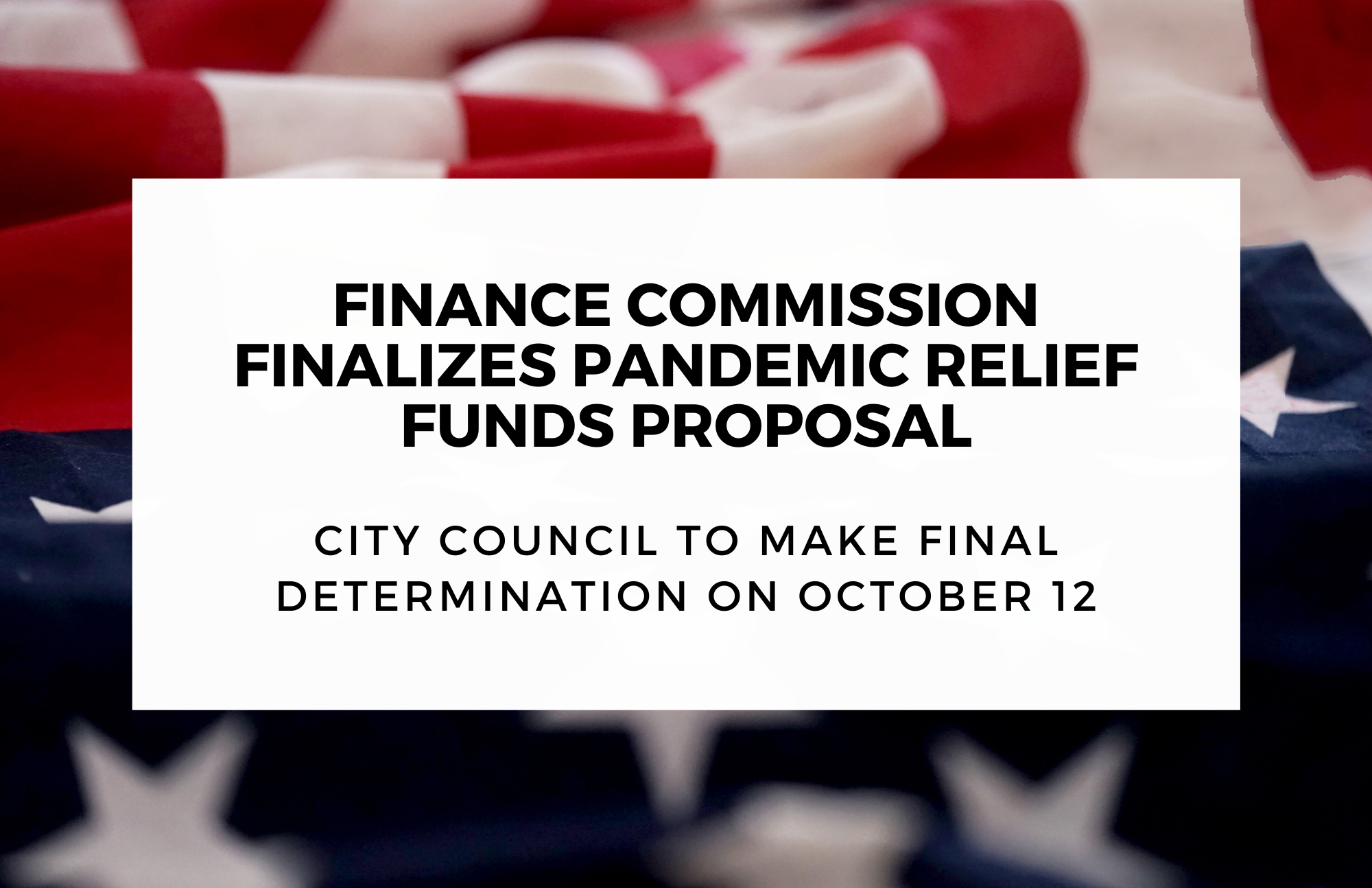 On September 27, 2021, Irvine’s Finance Commission held a second meeting to discuss their proposed spending plan for the $56 million dollars Irvine will receive in Federal American Rescue Plan (ARP) funds intended to be spent on those in Irvine most negatively impacted by the pandemic.

The first meeting took place on September 20, however, the commission was unable to meet quorum. In the interim, the commission received public feedback and amended the plan to reallocate five million dollars in funds toward assisting to the most vulnerable individuals, families, and small businesses. The commission unanimously approved the amended proposed plan at the special meeting held on Monday, September 27, despite efforts by Commissioner Lauren Johnson-Norris to increase the five million dollar amount to $10 million, which was not seconded by any other commissioner.

The commissioners discussed adding, “farm workers” to the vulnerable individuals list, however, it was ultimately deemed unnecessary, as the “vulnerable people” category does not necessarily leave this group out of that category.

The commission received public comment from OC Justice Fund representatives Tim Burns and Sabrina Rivera whom collectively advocated for an increased allocation of funds toward vulnerable people and toward non-profit or pro-bono legal services that go toward benefiting farm workers in Irvine.

Despite the amendment, the commission is still proposing to spend $5.2 million on drainage improvements, athletic fields, 400 tree plantings, plants, drip irrigation and an additional $6 million on a variety of traffic and mobility projects, including signal upgrades, sidewalks, and other pedestrian projects. Also, the spending plan still includes $625,000 to modernize the city’s employee fitness center and locker room, $10,000 on City Hall shower doors and $2.3 million toward city employee one-time bonuses.

On October 12, the proposal below will be presented to Irvine City Council for further discussion and finalization. This chart does not reflect the Finance Commission’s decision to shifted $5 million from the parks to helping our most vulnerable.

To view a larger image of the table below click here.