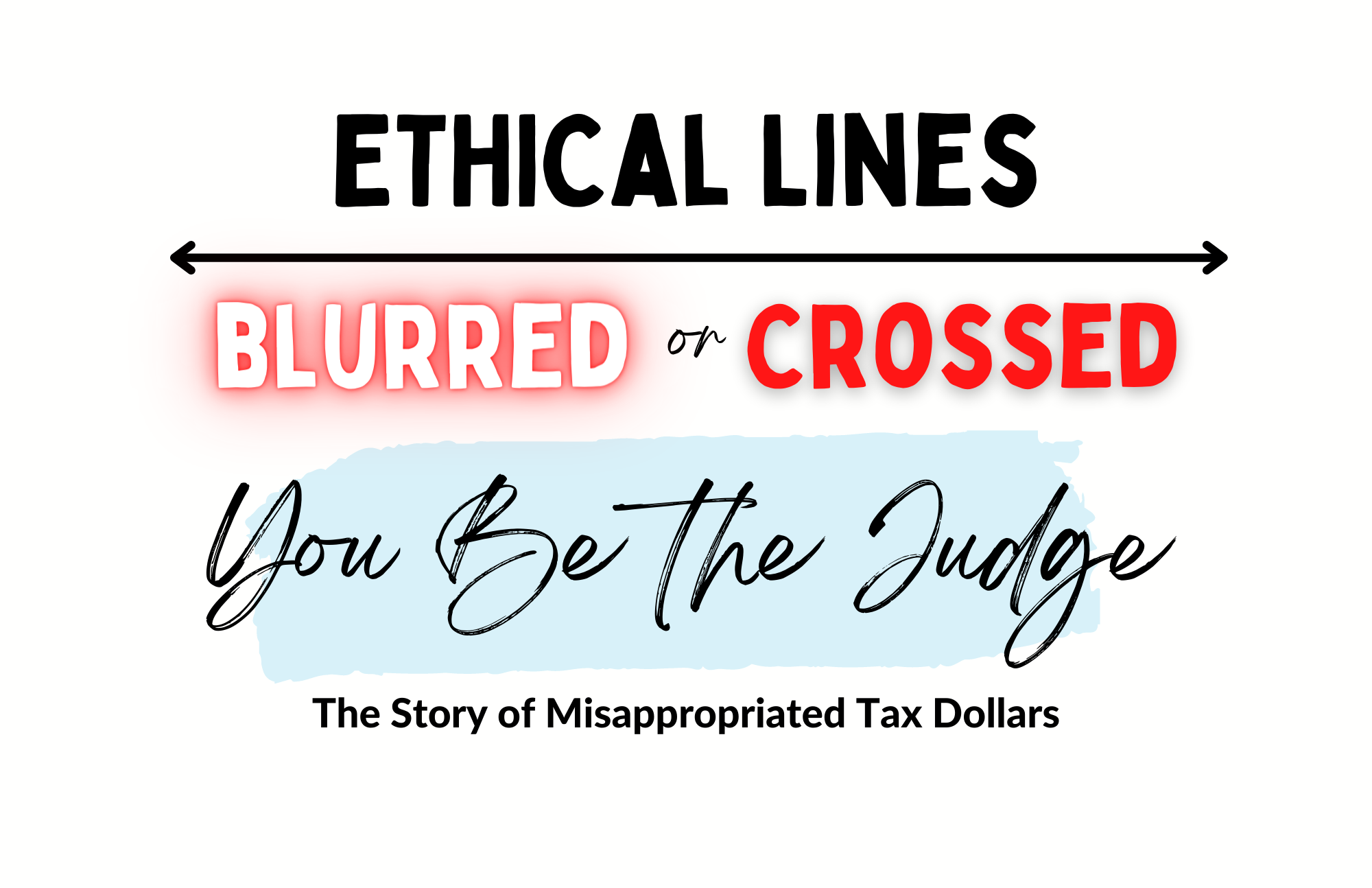 The Irvine Watchdog will be starting a new series titled, Ethical Lines Blurred or Crossed, presenting real life situations that our city has or is facing pertaining to our current City Councilmembers, and then asking our readers to be the judge.

The series begins with the story uncovered by the Voice of OC in September of 2020 regarding Councilmember Mike Carroll’s use of taxpayer dollars for mailers. The public learned that Councilmember Mike Carroll misappropriated $70,000 in Irvine tax dollars for political mailers. This money was intended for the sole purpose of hiring staff members. Each Councilmember is given $80,000 to hire staff. Instead, Carroll used $70,000 out of the $80,000 on political mailers, resulting in a policy violation.

According to the city budget policy, Carroll did not have the authority to reallocate the funds the way he did, resulting in a policy violation.

However, on November 24, 2020, after the 2020 General Election, Carroll asked the Interim City Manager for a budget adjustment to be placed on the City Council agenda, on his own, to retroactively approve $30,000 of the money he spent on mailers to cover up his misdeed.

At the November 24, 2020 City Council meeting, Carroll then voted on the policy adjustment in response to the money he had personally misappropriated, and ended up being the deciding vote. The item was moved by Councilmember Anthony Kuo, seconded by Councilmember Farrah Khan, and passed 3-2:

According to Cal. Gov’t Code § 87102.5, “a public official shall not participate in any action or decision by the legislature, including votes, if a conflict of interest exists.”

Were Ethical Lines Blurred or Crossed?