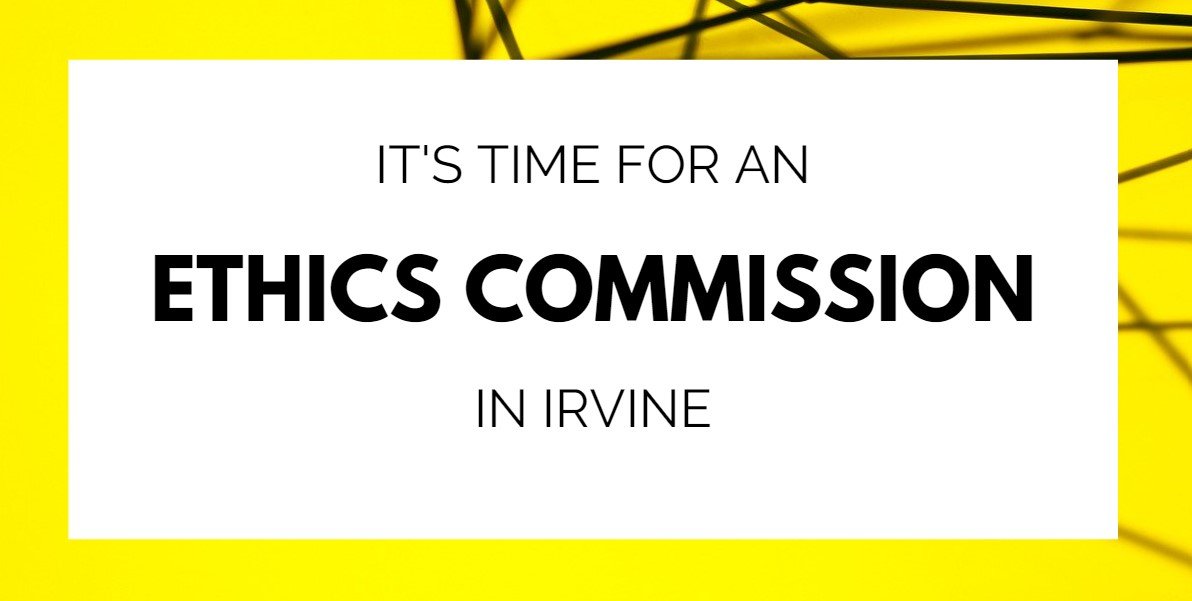 As reported by the Voice of OC yesterday, “an investigation into $70,000 in Irvine tax dollars spent on city mailers by City Councilman Mike Carroll appears to be stalling at the local level despite clear evidence he violated at least one city policy”. Like the Voice of OC, Irvine Watchdog (Watchdog) is having a difficult time getting City Hall to answer requests concerning Council spending. What follows is an accounting of our efforts, followed by some reflections.

After Councilmember Fox raised concerns earlier this month over Councilmember Carroll’s use of taxpayer funds on campaign mailers, Watchdog reached out to the City via email, dated September 8th:

After 10 days, Watchdog received the following response from the City:

Despite Mayor Shea stating publicly that she thought an investigation was warranted, she has not formally requested one. Likewise, none of Carroll’s fellow councilmembers (Fox, Khan, and Kuo) have pursued any investigation of this issue. Our City Council has declined to address this issue publicly in the last two city council meetings.

On September 9th, Watchdog submitted a public records request for specific line items of the city budget, broken down by individual council members. The records request extension letter received from the City on September 21st, 12 days later, said that they will contact us on or before October 5, 2020. Residents will be receiving mail-in ballots starting October 5th, so any potential information on this issue may not be available until after the election is underway.

“Additional time is needed to search for and collect the requested records from field facilities or other establishments that are separate from the office processing the request. Under the California Public Records Act (Government Code § 6253(c) et seq.), an extension of an additional 14 days is appropriate under these circumstances.

Based on the initial 10-day response period and the additional 14-day extension period, our office will contact you on or before October 5, 2020 regarding the disposition of the requested records.”

In addition, Watchdog reached out to the City Finance Commission regarding this matter via eComment on September 21st with the following request:

“With the City Council department representing 24% of the City Manager’s Office budget, residents are respectfully requesting that the Finance Commission hold a public review of the entire City Council’s expenses and operation for the last 3 budget cycles, beginning in FY 2018.  Please strongly consider placing this action on the next Finance Commission agenda. Thank you.”

Instead, the upcoming Finance Commission scheduled for October 5th was cancelled for “lack of business items”.

There has been a complete lack of transparency and accountability from this City Council in the handling of this matter. Public records requests should not take city staff a month to complete, especially when there is alleged impropriety on the part of a councilmember. The Mayor and Council have not worked expeditiously to settle the matter, further aggravating the issue. Allegations of this nature warrant a concerted, transparent effort to either exonerate or hold Mr. Carroll accountable. So far the taxpayer has received neither.

Moments like this are clear and powerful reminders that Irvine needs an independent Ethics Commission for investigation of alleged misuse of public funds and other matters such as campaign finance violations and abuse of power that may arise.

Irvine deserves a higher standard of conduct and oversight.