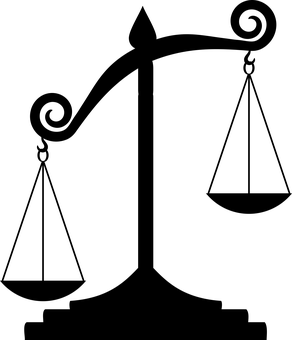 In 2010, a previous city council had the vision for a vibrant, mixed-use urban core called the Irvine Business Complex (IBC) to offset the villages and Great Park neighborhoods. One aspect of that vision has been executed upon with great success – the approval and building out of all IBC residential units. But after 8 years, one must ask: Why isn’t our current leadership delivering and following ALL the framework that was laid out? For example, the IBC is choked with bottlenecks and lack of progress in acquiring and building parks and open space.

According to the 2010 IBC Vision Plan, this regional urban center was to include “an interconnected system of streets, bikeways, trails, connecting parks and urban plazas”. This system was to make this high-density urban center livable and connected – not a cluster of tightly packed sterile buildings and cars. Where are the usable open spaces and people plazas today?

Despite recent claims the current Council has not approved any development, our planning commission and leaders have in recent months greenlighted some big-ticket items in the IBC. These items include a 15-story office building, a 15-story hotel, and a large 6 story parking structure for the 23,000 square foot retail and restaurant expansion at the Diamond Jamboree center.  Bypassing alternatives that would have toned down the size of these projects. Also, what is conspicuously absent? Any of the bikeways, connecting parks, etc. mentioned above. Where is the balance?

Most residents agree our parks are highly coveted and a source of pride. In addition, in the IBC, the stipulation is that developers pay park in-lieu fees for 2 acres per 1,000 residents. While many of the new high-rise buildings offer wonderful private amenities like rooftop pools, fitness centers, outdoor pool tables or swing sets, etc., these are no substitute for public green space and community gathering areas. The build out of Irvine at exponential speed must include a pump of the brakes when the resident to acre ratio gets so out of sync.

The IBC was a laudable “out of the box” move approved by the city council in 2010 to transition the southwestern business district into a mixed-use residential/ industrial urban core. The goal was to have many of the residents who live in the IBC also work there (think of the traffic mitigation). It is truly a regional hub for all of Orange County and extends over 2,700 acres.

Why hasn’t the city been able to acquire or build a new park in the IBC? Although this has been on the radar for many years, the already high – and escalating – cost of land is a real problem. In fact, the appraised value for land in the IBC is $4 million per acre, but in actuality is currently selling for over $6 million.

Still, the City has money reserved in the IBC Park funds. Rough estimates are $45,450,000 for Community Parks, and $12,800,000 for Neighborhood parks. City standards for the IBC require 1 Community park south of the 405 freeway and at least 6 new neighborhood parks. But by delaying, the cost of building them only rises.

This Spring, after years of discussion and approval of an IBC park master plan, the Council hired a real estate consultant to identify park sites and solutions. Apparently, creative ideas and partnerships are on the table as well as securing indoor space for recreation and community needs. We are anxious to see the results and report out.

Still, the Watchdog wonders why it is less of a priority today. Given the rapid greenlighting of all the residential units, why hasn’t this city council demanded the infrastructure and park development keep pace? It is likely due to a lack of accountability.

So, while the IBC vision was approved in 2010, the only piece executed upon to date has been the maxing out of residences. The rest apparently remains on “hold” in the Council chambers, including all of the park fees sitting in the bank, as real estate values keep climbing.

The City Council is scheduled to receive a status report on the General Plan update project on August 28th. This update will reevaluate the objectives and policies in the IBC Vision Plan. The IBC traffic study update is also underway, and a draft should be ready by the end of this year or early 2019. We encourage voters to pay attention to the results of these reports and studies and demand we get the comprehensive IBC vision back on track.

Jeanne Baran is an Irvine resident.