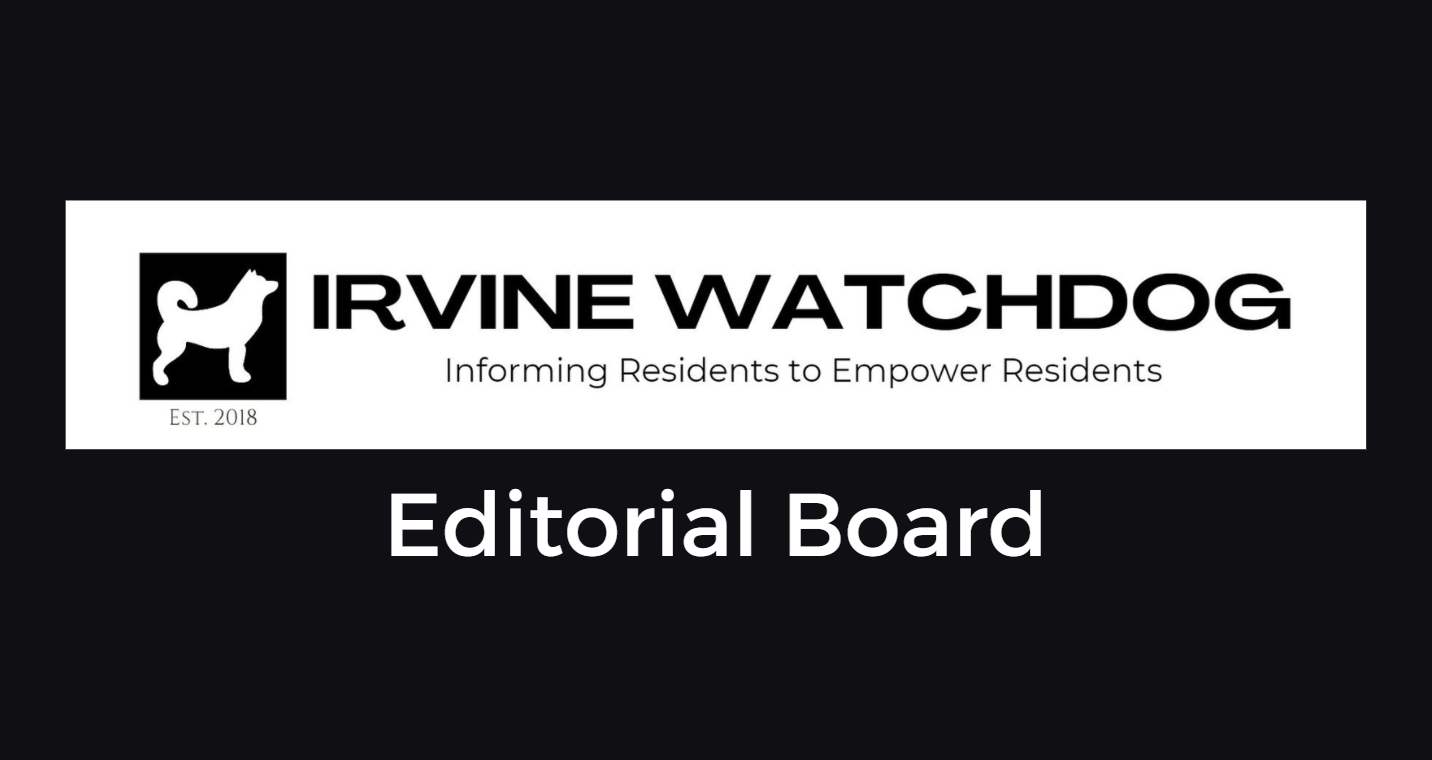 What’s Past is Prologue

In prior elections, local developers and special interests have funneled hundreds of thousands of dollars through a complex web of Political Action Committees (PACs) to fund hit pieces on candidates that do not align with their corporate interests. These vicious mailers often contained gross exaggerations and even outright lies. Unfortunately, this dirty tactic has proven very effective and profitable for its sponsors. Irvine Watchdog has reported on this dark money and dirty practice in our “Dark Money” series each election cycle, and we will do the same this year.

Another dirty practice is the “sue the candidate” effort. In past elections, candidates have been sued for their ballot designations. These lawsuits raise questions in voters’ minds about a candidate’s honesty during the election cycle. Still, these lawsuits are often thrown out of court as frivolous or without merit long after the election.

In the last two elections, candidates were sued by fellow Irvine residents Bill Sandlin in 2018 and Dan Chmielewski in 2020. What prompted these two to file lawsuits against the respective candidates?

In the 2018 election, mayoral candidate Ed Pope and City Council candidates Frank McGill and Jaci Woods sued over their ballot statements, claiming the reports were “false or misleading.” Plaintiff Bill Sandlin is a Vietnam veteran who served in the U.S. Marine Corps. from 1960-1967. Sandlin was an ardent supporter of the “Yes on Measure B” campaign in 2018. In addition, he was a supporter of the Golf Course site location for the cemetery and is now a supporter of the Anaheim Hills veteran cemetery location. Sandlin was also featured in Irvine City News, funded by the developer FivePoint.

In the 2020 Irvine election, Republican candidate for Irvine City Council Mark Newgent was sued over his ballot designation, which stated, “Retired Army Captain.” Plaintiff Dan Chmielewski is a registered Democrat who runs The Liberal OC political blog and has been an ardent supporter of Democratic candidates and the veteran’s cemetery at the ARDA site.

Chmielewski was represented by Orange County GOP operative and attorney Chad Morgan, who was later replaced by the same attorney representing Plaintiff Bill Sandlin in the 2018 Sandlin v. Kelly matter, Mark S. Rosen. A copy of the Petition for Writ of Mandate can be found here.

Chmielewski lost the case and was required to pay Newgent’s attorney $18,000.

All of this leaves us with questions. How likely would individuals be to spend tens of thousands in personal funds to sue candidates based on their ballot designation? Is it more likely that individuals may be asked to pursue litigation against candidates on behalf of a special interest or benefactor with a promise to pay the legal fees? Who funded the payments after they lost their lawsuits? One can only speculate from the past evidence of big developer money and influence in Irvine politics.

Disclaimer: Irvine Watchdog is a nonpartisan 501(c)3 organization. We do not support, endorse, or oppose any candidate for office. We are proudly independent and have no formal ties to any candidate, staff member, or any elected or appointed official.