Exclusive: The Council Candidates Weigh in After the Election 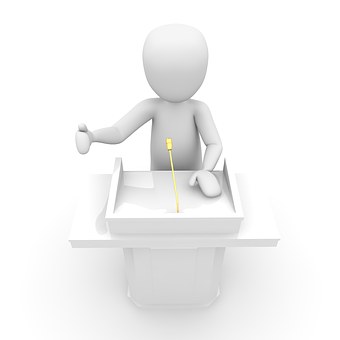 While the votes continue to be counted, we at Irvine Watchdog decided to reach out to the candidates for City Council. We wanted to thank them for their participation and to ask them the questions we felt Irvine residents would be interested in. These questions were the following:

For the top vote getters as of November 14th, we asked only questions 1 and 2. We contacted all the candidates – except for David Chey whose email we did not have.

The responses appear in the order they were received. Hope you find this informative.

I learned from this campaign as I did from my 2016 campaign, that being honest matters. There’s no way that you and I will agree on everything, however, if I am honest with you, at least you will know where I’m coming from and where I’m headed and will hopefully have respect for me. I think many times, candidates will say or do things in hopes of pleasing everyone but that’s not being honest.

One of the main priorities of the city council should be to engage the residents. As I walked door to door, I realized that each of our neighborhoods has issues that are unique to their area and many times, residents do not know where to go or who to contact regarding their concerns. I hope to continue my listening tour throughout Irvine to hear these concerns and help residents with any issues.

Irvine, and indeed our country, are divided. There was a lot of misinformation thrown out there in the past campaign. Some of it was stretching the truth, and some of it was just people intentionally trying to create wedge issues. I tried making my campaign about service: what I’ve done, how I’ve gone out to neighborhoods to improve our community, who I’ve partnered with, and why I want to continue serving. I hope now that the “silly” season, or even as some have called it the, “mean” season, has gone and past, the Council can find issues we agree on to move Irvine forward.

Irvine is a city full of smart people. Turnout in this election was impressive, but putting your name on the ballot or voting every two years doesn’t mean you’re involved in your community. So, as much as we talk about transparency, accountability, and solutions, we also have to talk about engagement. As the city grows, I think people feel further away from City Hall. I plan to address that by holding more town halls, more meetings in the community, and better access to what is happening in and around town.

Campaigning in compliance with State law is complicated and involved. The information and forms that must be submitted are extensive. In order to be squeaky clean, I hired a professional treasurer. Campaigning is also time consuming and exhausting. But the far majority of people I encountered were friendly and positive.

The new city Council should stop the massive development that is occurring without the necessary infrastructure to fully mitigate the impacts of the new development. Development fees should be increased to address traffic congestion, etc. The General Plan should not only be complied with but shored up to previous standards that made Irvine famous.

I do not plan to ever run again. My plans for the future are focused on my granddaughters.

Campaigning is a lot of work – I have a very healthy respect for all the candidates – and we only came into the race the first week of August – others have been campaigning/working at it for years. I learned people were very receptive to our message – people were just wonderful – encouraging, cooperative, supportive, pleasant, helpful…it was just great! For example: while on the campaign trail, I learned of a friend’s death and a complete stranger (Charles) came back to me with a bouquet of flowers to comfort me. I continually came across terrific people here in Irvine! (I also want to express my dismay at the huge amounts of developer money that was spent on “chosen candidates” and the extremely low-level of nastiness expressed in mailers paid for by unnamed organizations with Political Action Committee money.)

I would like to see the City Council honor the will of the people (63% of the voters in June voted NO on Measure B) – our vote was to keep the Veterans Cemetery in the same ARDA spot and get going on the cemetery…our city has a rich history of the USMC base and our dear veterans who have fought and died for our freedom – I believe we owe them a lovely final resting place in the original spot planned, approved and funded in the Great Park with the State paying maintenance into perpetuity. I also would like to see the City Council be more transparent, bring dealings into the open so we can all see and weigh in – more eyes make for better results. I also think the Land Trust needs to come back out into the light so we can attend meetings and give resident input as well as know where the money is going. Congratulations to the winners and I look forward to seeing great things from all of you!

I am happy to be back and fully engaged in my life of real estate and remodeling properties (am on remodel 47 right now) and my family is happy to have me back as well. Irvine is my home for almost 5 decades – I want to see our overbuilding and overcrowding and traffic problems be addressed before it’s too late. We are living with consequences of the aforementioned, so with better future planning and attention to the General Plan, we can make improvements and march toward those goals.

This campaign was an invaluable opportunity for me to learn directly from residents the issues facing Irvine. Besides the common concerns about traffic and crowded schools that were created by unbalanced development, affordable housing, Veterans Cemetery, and SB-54 were also hot topics during the campaign. I met and developed good relationships with many nice people from different communities.

The new city council should act promptly to improve transparency, regain the trust of Irvine residents, decide the Veterans Cemetery location based on the best interest of veterans and residents, implement effective measures to alleviate traffic, and work with IUSD to improve Irvine schools.

I will focus on my technical profession in research and development. For community work, I will participate in several non-profit organizations to promote cultural exchange and cooperation among different communities. I have not decided whether to run again.

I learned that there are many, many Irvine residents deeply dissatisfied with the direction our local governance has been taking, and want change. They know that there is far too much special interest influence over the Irvine City Council given the way that the Councilmembers’ campaigns and aligned PACs are funded. Residents know that special interest influence has also led to bad decisions for our community, and led the elected leadership to be far from the community-driven priorities and environmentally-friendly positions for which Irvine has been known.

I think that the City Council should listen to the voters’ and veterans’ wishes to build the Veterans Cemetery in the Great Park site. In addition, they need to alleviate traffic congestion with the iShuttle programs with routes and schedules that are expertly-designed to optimize ridership and reduce traffic-miles in our highest-density areas.

I will continue to be a full-time professor, doing research, teaching and service at UC Irvine. I will also be active in environmental conservation groups and local action groups aiming to continue to bring positive change to our City, County, State and Federal policies and representation. A great number of my supporters have asked for me to run again for the Irvine City Council election in 2 years. My family, core team, and I will take the next few months to reflect on what would be the best way for us to continue to have the greatest impact to our community, and go from there. Onward!

She responded to our email. However, Mrs. O’Malley said she prefers to hold off on answering these questions until the election results are certified and every vote is counted – out of respect for the process and out of respect for each of Irvine’s voters.

Irvine is a wonderful community whose diverse residents are smart, thoughtful, and engaged. There is much work to be done by our city’s leadership and Irvine voters hold their elected officials accountable for promising to solve the problems our city faces.

Irvine’s City Council must solve the problems resulting from the city’s explosive growth, including traffic, insufficient infrastructure, crowded schools, lack of childcare, and an unaffordable housing market. They must stand up for residents against the ever-present influence of special interests.

I plan to continue to be a leader in the community. My life’s work is public service and I’m considering all of my options. Right now I am spending time with my family and am focusing on my clients. I am excited to figured out what comes next.

We hope you found these responses insightful. Thanks so much to the candidates who participated.