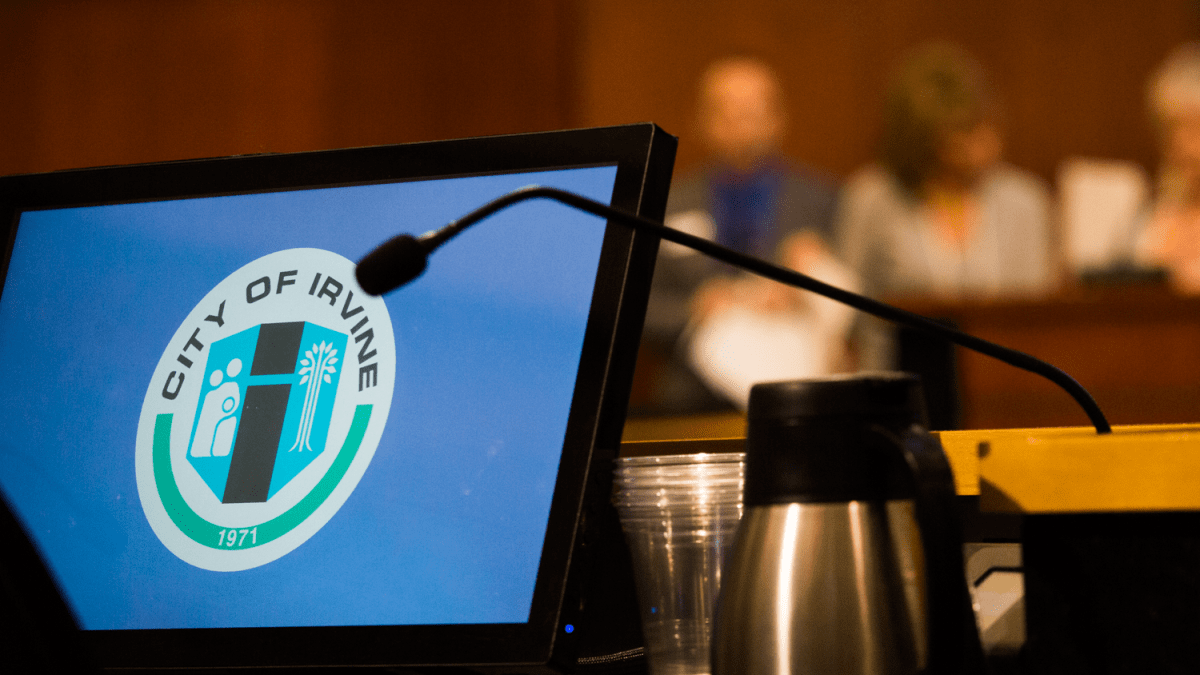 The City Council’s regular meeting at 5:00 p.m. on Tuesday, January 24, 2023, features a packed agenda, following a special meeting at 3:00 with several closed session items and a discussion of Melahat Rafiei’s plea agreement with the United States Attorney. The regular meeting will include a series of public hearings on the formation of an overlay community facilities district for Great Park development. Items of Council business will include a discussion of the City’s Climate Action and Adaptation Plan and an amendment to the anti-nepotism ordinance to provide an exemption for advisory commissions and committees. Those additional items are discussed below. The agenda for the regular meeting is here.

This item seeks to implement the City’s agreement with Heritage Fields El Toro, LLC (a FivePoint-related company restructuring obligations regarding Great Park development. It entails a series of separate, consecutive public hearings on (1) the formation of a proposed Overlay Community Facilities District (CFD) and (2) the conditional extinguishment and discharge of the tax lien in Improvement Area No. 2 of the existing Great Park Community Facilities District. The Council then will act on a series of resolutions to implement these changes and introduce for first reading a series of implementing ordinances. The staff memo signed by City Manager Oliver Chi and prepared by City Attorney Jeff Melching states in its executive summary:

“On October 11, 2022, the City Council approved the Framework Plan Implementation Agreement (FPIA) … between the City and Heritage Fields El Toro, LLC (Heritage Fields). The FPIA restructures existing contractual obligations so that the City has development control and the funding necessary to implement the City’s vision of the Great Park. A key precondition to most of the FPIA taking effect is the formation of an “Overlay Community Facilities District” (Overlay CFD). The Overlay CFD will replace the existing Great Park Community Facilities District (Great Park CFD) for areas where Heritage Fields development has not yet occurred.

The staff memo further explains that the process includes landowner elections to approve the special tax, for which the results are pre-ordained:

“Resolutions Calling for Elections (Recommended Action Nos. 5 and 6): Because the imposition of a special tax must ultimately be approved by the landowners upon whom the tax is imposed, the City Council must also call for an election of those landowners within each of IA 12 and IA 13.”

“Conduct of Election (Recommended Action No. 7): Because there are not 12 or more registered voters in either IA 12 or IA 13, the vote is by the landowners of taxable property within each improvement area as of the date of the public hearing. For IA 12, the only landowner of taxable property is Heritage Fields. For IA 13, the landowners of taxable property are Heritage Fields and Barranca Properties, LLC (who recently purchased a parcel from Heritage Fields). On the assumption that the City Council will approve the formation of the Overlay CFD and call for special elections, ballots have already been prepared. The City Clerk will be prepared to read the results of the elections immediately following the adoption of the resolutions calling for the elections.”

The staff memo for this item is accompanied by more than 300 pages of documents. The entire package is available here. Because the item entails public hearings, public comments must be allowed after the item is announced.

Councilmember Kathleen Treseder has requested a discussion of a proposal to “Direct Environmental Programs staff to facilitate and accelerate creation and adoption of a CEQA-qualified, legally binding CAAP with targets and measures to meet state GHG targets under SB 32 and aspirational targets and measures to meet Irvine’s 2030 zero carbon goal” adhering to a specified timeline. Treseder’s memo to the City Manager explains:

“The Irvine council voted unanimously in June 2021 to authorize an agreement with Ascent Environmental to develop Irvine’s CAAP, paying $447,145 to develop the CAAP, with all work products and milestones to be completed by December 2022. In the 18 months since approving the agreement, the deliverables have not yet been produced.”

“Due to the urgent need to address the climate crisis and environmental injustices, we cannot delay. Other cities, such as San Diego, have produced CAPs within a year. A CEQA-qualified, legally binding CAAP must be completed no later than year-end 2023 and include an EIR, detailed timeline, funding, and implementation plans. This is among my top priorities to protect health and safety for Irvine and its families.”

Irvine’s Anti-Nepotism Ordinance restricts the employment of individuals having certain relationships to incumbent City employees. Last April, the Council approved an amendment to Municipal Code section 1-4-103 proposed by Vice Mayor Tammy Kim to extend these restrictions to commission and committee members related to council members. According to Voice of OC, “Kim said no one was violating any existing policies, but that she felt they should be changed because Councilman Larry Agran’s wife, Phyllis Agran, serves on the city’s Children, Youth, and Family Advisory Committee.”

Phyllis Agran is a pediatrician who teaches at UC Irvine’s School of Medicine and served as an uncompensated member of an advisory committee. She was forced to leave that committee when Kim’s amendment was approved.

Now Councilmember Mike Carroll is proposing a further amendment to specify that Kim’s amendment would only apply to a commission or committee “that has authority to make a final decision on behalf of the City.” Carroll’s memo states in part:

“In practice, the [Kim] revisions have disqualified many people with the expertise and relevant experience to offer our City from participation on City commissions and committees. As a result, we are denied their valuable insight and contributions.”

“In other words, the City should not be denied the expertise, participation, and voice of residents who wish to serve and contribute to our community, where their service has no actual decision-making authority.”

The Children, Family and Youth Advisory Committee has no actual or final decision-making authority. Thus, under Carroll’s proposal, Phyllis Agran would again be eligible to serve on the committee.

In a sort of bookend to Carroll’s proposal, Treseder has proposed a resolution that would authorize the waiver of the existing requirement that a person must be at least 55 years of age to be appointed to the Irvine Senior Citizens Council. She is further requesting approval of her appointment of Dr. Zainab Saadi. In her memo to the City Manager, Treseder states in part:

“… Despite Dr. Saadi’s professional accomplishments, interest in senior citizen issues, and enthusiasm and desire to serve, she does not meet the age requirement outlined in the resolution.”

Vice Mayor Kim and Councilmember Treseder have agendized a discussion of Orange County Selection Committee protocols. This little-known committee has authority over appointments to various County boards and commissions. The backstory to this agenda item involves a seat on the Orange County Transportation Authority (OCTA) board determined at the Selection Committee’s meeting on December 1, 2022. As reported in the OC Independent:

“An otherwise uneventful meeting was enlivened by the battle over who represented the population-weighted seat from the 3rd District.”

“Irvine is the 800-pound gorilla in this arena, accounting for more than 50% of the district’s population, giving the Irvine mayor complete control over the appointment for the population-weighted seat on the OCTA Board.”

“Irvine Councilwoman Tammy Kim had earlier submitted her application for the seat. However, Mayor Farrah Khan subsequently decided to seek it herself. She did not attend the City Selection Committee meeting, instead delegating her proxy to outgoing Councilman Anthony Kuo, who nominated her from the floor.”

“Khan’s move prompted a bitter denunciation from Kim when she addressed the committee from the podium. Kim believed that since she had already applied for the post, it was unfair for her own mayor to jump in and supplant her and assailed Khan for ‘not even bothering to be here.”

“However, the outcome was predetermined, and when the votes were tallied, Khan won with the support of cities representing 61.89% of the 3rd District population.”

Kim and Treseder seek to undo the December action and are now proposing a temporary regulation to be in effect during the 2023 calendar year. They suggest (1) establishing a procedure for the mayor to seek approval and consent of the full Council before making determinations on behalf of Irvine at Selection Committee meetings; (2) requiring the mayor to seek the consent of the full Council before selecting a proxy to represent Irvine at those meetings; (3) reconsideration of the determinations made by Irvine’s proxy at the December meeting in order that the full Council determines Irvine’s nominations and direct the mayor retroactively vote for those nominees at the Selection Committee’s next meeting on February 9, 2023; and (4) that the Council vote to provide direction that the mayor “comply with the City Council’s determinations as to who Irvine will support for the various seats to regional bodies” at the Selection Committee’s February meeting. Kim’s and Treseder’s memo to the City Manager is here.

These items and several more suggest a long evening at City Hall. However, all public comments will be heard at the beginning of the meeting except for public hearing items. Instructions for participating and commenting in person or on Zoom are here.