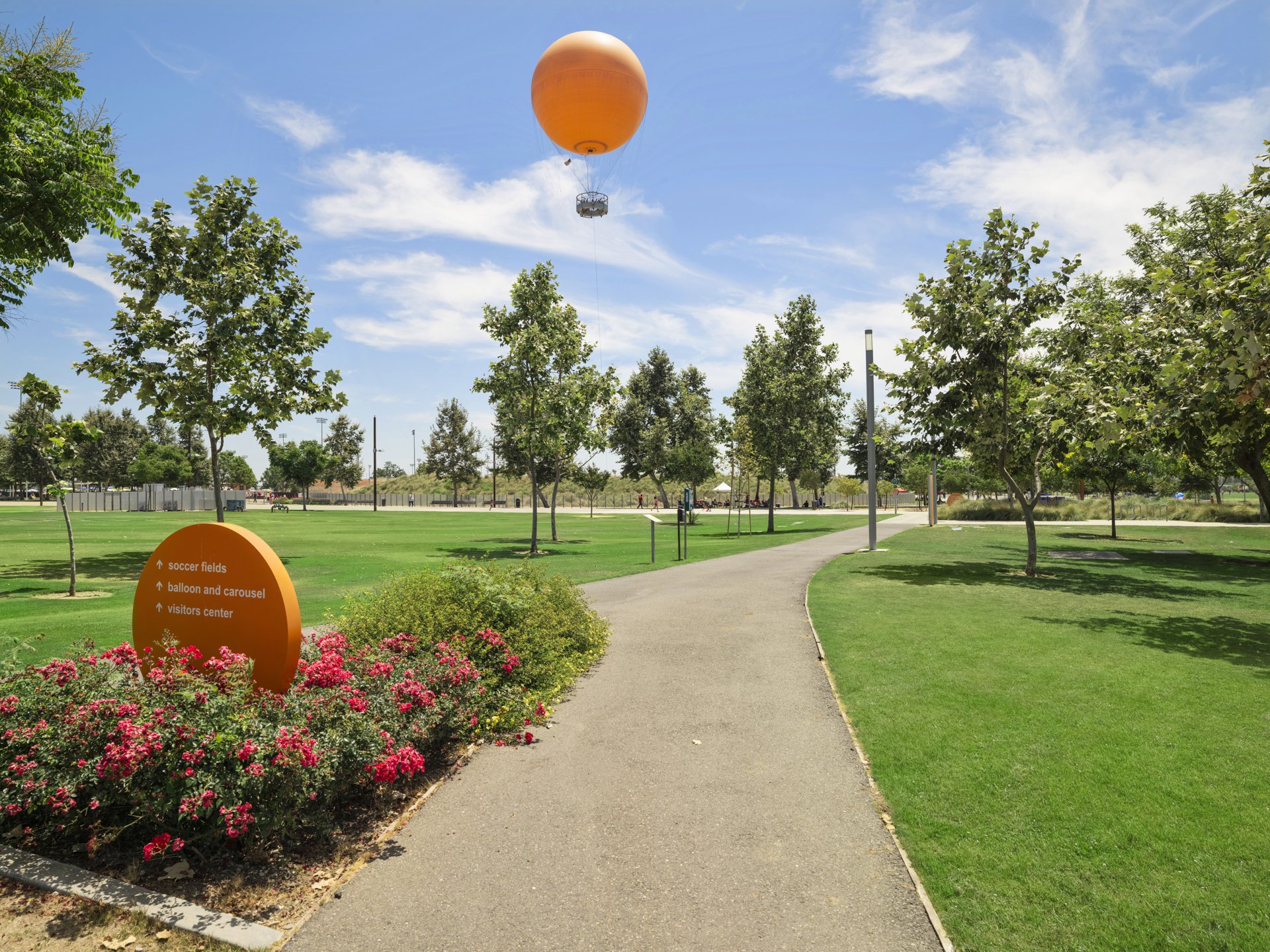 At its meeting on January 10, 2023, the Irvine Council reviewed and approved moving forward with Phase I of the Great Park Framework Plan. Phase I includes the ARDA site, the Cultural Terrace West, and food and beverage facilities such as a food hall.

Proposed amenities are a botanical garden, a veteran’s memorial park, a library, Pretend City, the Flying Leathernecks Museum, Orange County Music and Dance, a proposed arboretum, and it will maintain the existing air traffic control tower with rotating aviation displays.

Phase I of the Framework Plan, where the Council hopes to put the “park back into the Great Park,” is expected to cost $625 million.

The recent Council discussion reflected a growing consensus and a willingness to compromise on plan specifics, but the Framework Plan is still conceptual and subject to future changes.

What is the Framework Plan?

In late July 2022, Irvine City Council approved a new Great Park Framework Plan that includes added amenities and infrastructure. Along with this plan came a Great Park Task Force made up of political appointees who reside at the Great Park. This stakeholder group provides suggestions and feedback on Great Park development proposals.

The Framework Plan divides the Great Park into four sectors: Character Zones — Botanic Gardens, the Heart of the Park, the Sports Park, and the Cultural Terrace.

The cost of development is expected to be partially paid for using Community Finance District (CFD’s), which are an imposed Mello Roos tax on Great Park residents.

The city plans to build an approximately 70-acre Botanical Garden with an initial cost of $36 million. The gardens, which are expected to be a significant attraction, will include venues for weddings and there will be a charge for public admission to cover the cost of ongoing maintenance.

Heart of the Park

This Character Zone, which includes the ARDA site, is the location of the Veterans Memorial Park, which also consists of a perimeter park trail, a walk-of-heroes, some botanical gardens, a large forest reserve, a proposed arboretum, as well as food and beverage venues near Hangar 244 and Palms Court. The Great Park will feature 12 acres of lakes surrounded by green areas for recreation activities and picnics. Other features are:

The Sports Park Complex also includes the Great Park Ice and Five-Point arena, which is leased from the City in a public-private partnership with the Irvine Ice Foundation. According to the city, “The 280,000-square-foot ice facility serves as the training facility for the Anaheim Ducks National Hockey League team, features four indoor ice rinks, and offers public ice sports programming and activities.”

The city plans to make a significant addition to this area by partnering with the USA Water Polo team to build an aquatic center to serve as the team’s training center. City staff has estimated the cost to be $250 million.When previously proposed, this project was expected to be paid for by Great Park residents’ special CFD taxes.

The Cultural Terrace will be occupied by the Flying Leathernecks Air and Space Museum, California Fire Museum, the Orange County Music and Dance facility, and Pretend City. The estimated cost of Cultural Terrace West, which includes a 34-acre open-air festival space, will be approximately $150 million.