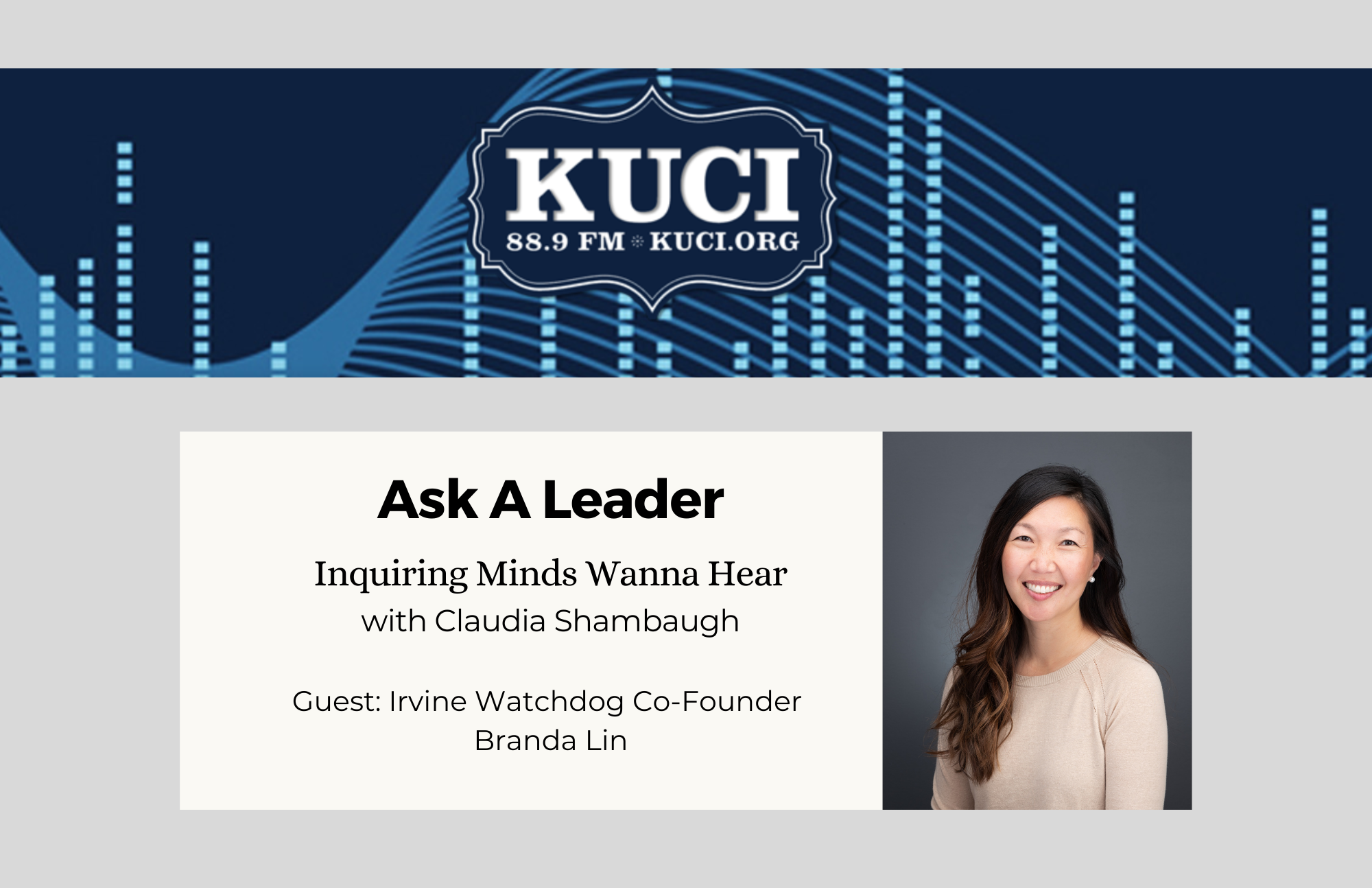 Part 1 discusses the formation of Irvine Watchdog, the organization, and following campaign money, which can be heard HERE starting at the 31:41 minute mark. Here is a transcript of the Part 1 interview.

Part 2 goes deeper to discuss All American Asphalt, the Great Park Advisory Committee, and the need for public benefits in Irvine, and can be heard HERE starting at the 29:30 minute mark.

• April 5, 2022 – In the second segment (minute 41:27), picking up where she left off last month, is Branda Lin, co-founder of Irvine Watchdog, to spell out the juncture at which business and residential electricity rate-payers are, whom are covered by the Orange County Power Authority. A lot of action folks, not so much sunshine; a lot of climate aspirations, unclear about the agency’s commitment to those goals. Listen here.

• March 22, 2022 – Irvine Watchdog members Branda Lin and Richard Green return, for the whole hour, to speak in advance of the Irvine City Council’s meeting the same day of the broadcast. This show will hone in on some persistent erosions in transparency and accountability in how the City Council conducts business. Listen here.

• May 25, 2021 – In the second segment (minute 37:16), Joshua Block of Associated Students of UCI and Branda Lin of Irvine Watchdog, explore the possibilities in district elections in the City of Irvine. Listen here.

Nissreen Qamhiyah is an electrical and computer engineer, a devoted wife, and mother of two beautiful children. Nissreen cares about education, the Great Park, climate change, LGBTQ+ issues, wealth inequality, social justice, women's rights, and discrimination against those with disabilities. She has been a resident of Irvine for over six years and lives in the Great Park neighborhood. She is happiest when she is with her family.

KUCI’s “Inside the 45th” with Irvine Watchdog Editorial Board Member, David Ehrlich

How Irvine Watchdog Came To Be