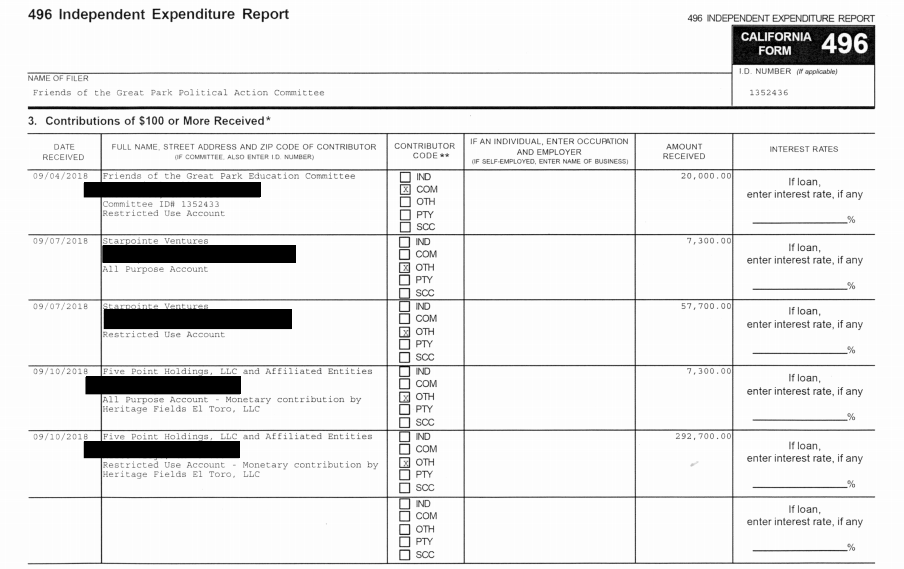 Back in July, Irvine Watchdog expressed that the 2018 mayoral race should be a catalyst for civic engagement.  Fast forward to today, just four weeks until election day, and let the facts speak for themselves:

Mr. Tiong is on record as saying he moved to Irvine a few years ago and works as a software engineer.  He has three children in IUSD schools.  He has no campaign website and did not file a candidate statement with the city clerk’s office but he did make the effort to come to the Chinese Community Forum October 6.  His campaign report has no contributions or expenditures.

2018 represents Katherine Daigle’s fourth run for the mayor’s seat. She ran in 2012, 2014, and 2016.  A Woodbridge village resident and small business owner, she is active on social media but has a very lean
website and not a large campaign presence in the city to date. We see her signs around town. By and large, there are few indicators of an aggressive campaign organization thus far, and her campaign hasn’t raised any money according to campaign reports filed at the end of September.

2018 is Ed Pope’s first run for office. He successfully led the “No on B campaign” in June.  He is an army veteran and former teacher. His lawn signs say that he is “for residents and not developers”. Pope is running with two other “No on B” city council candidates as a slate (Frank McGill, Jaci Woods).  His campaign holds weekly volunteer get-togethers and has been holding ice cream socials at various parks to meet and listen to residents. Pope has attended some of the community candidate forums.  He has also held neighborhood fundraisers and phone banking as another avenue to hear from the voters.  He is visible in the community. Pope is not taking money from developers or lobbyists and is looking for considerable tailwind from his win on Measure B to carry the day. This last filing period, Pope raised $8,914.

Don Wagner is the incumbent and a seasoned politician.  He held State Assembly office from 2010-2016 before he became mayor.  He recently led and vigorously supported, with taxpayer dollars, Measure D – a campaign where the voters of Irvine overwhelmingly rejected an amendment of the City Charter to remove voter input regarding development.  His lawn signs say he is a “trusted leader” and is fixing traffic, but outside of the signs, it’s hard to find indications of active campaigning. He has no campaign website and there are no recent signs of activity on social media. Like Pope, Wagner is running as a team with two other council candidates (Anthony Kuo, Carrie O’Malley). To date, the bulk of Wagner’s campaign funds come from the following:

To date, the money is earmarked towards slate mailers, digital ads, lawn signs (and people to put them up), and $130,000 to cable TV and media advertising for the mayoral race.  Wagner definitely has a war chest the other candidates must envy.

While Irvine Watchdog is all for candidates utilizing resources as they see fit, we can’t help but wonder if it wouldn’t be better for the residents to actually see and talk with the mayor – to discuss the issues and his record. With only weeks left in the campaign, time is running out to have this opportunity.  At the last two community forums, held on Sept. 30th and Oct. 6th, the mayor was not in attendance. Why?