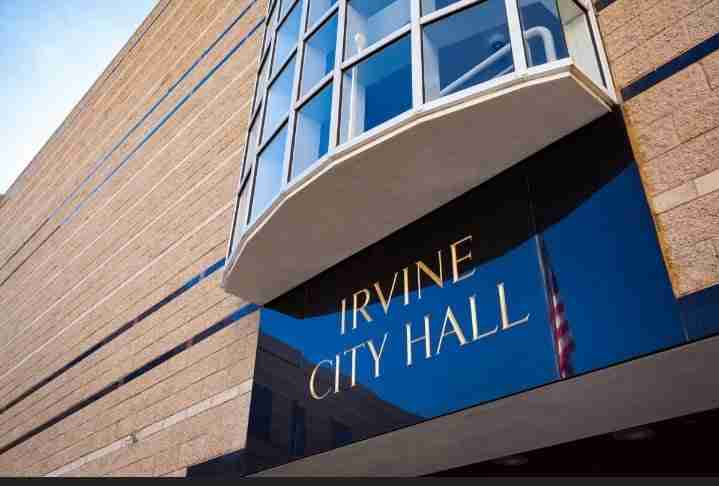 Now that Irvine has seated its new Councilmembers, we can make changes to our decision-making process that would inspire public participation and better represent Irvine’s residents.

Goal: Improving Irvine City Council’s representation of the city’s residents would include, but not be limited to, decreasing campaign costs, thus reducing Councilmembers’ dependence upon special interest support, improving communication with residents, improving transparency with regards to local issues, development projects, and other issues addressed during business meetings; and by inspiring public participation in the decision making process.

Changes to be considered:

• As Irvine’s population is over 320,00 residents and still growing, the City Council should create a ballot initiative that would amend the City Charter to increase the size of Irvine’s City Council to between 7 and 9 Councilmembers.

• As Irvine’s population has grown and is still growing, the City Council should create a ballot initiative that would amend the City Charter to establish district elections for Councilmembers with the Mayor remaining At Large. As Irvine villages are designed to have unique characteristics, villages should remain intact, and the districts should consist of adjoining villages.

• The City Council should create a ballot initiative to amend the City Charter to establish Rank Choice Voting. Rank Choice Voting would have the voters rank the candidates according to their preference, and the

• The City should return to the original Sunshine Ordinance 12-day posted meeting notice requirement, thus giving members of the public sufficient time to research agenda-related documents and to meet with City staff to discuss agenda item issues. The Sunshine Ordinance transparency requirements were superior to the minimum requirements of the Brown Act and were intended to increase public participation in Irvine’s decision-making process.

• The City should return to the Sunshine Ordinance supplemental Agenda requirent allowing the creation of a supplemental agenda to amend City Council Meeting agendas within a 5-day notice period for agenda items that are emergency in nature and require decisions prior to the next scheduled City Council meeting date. This would eliminate the practice of holding special meetings before the City Council meeting to address emergency items before most people return home from work and are thus not available to participate in the decision-making process. In addition, should issues arise that require meeting decisions within fewer than five days, then special meetings can be set within a 24-hour to 4-day notice period depending on the nature of the emergency.

• The nature of closed session meeting agenda Items should be clearly described on the agenda and during the City Council meetings. The nature of the items can be disclosed without revealing confidential information. This would allow members of the public to ascertain whether or not they have an interest in addressing the item in public comments.

• Commission meetings should be televised, allowing both remote and in-person public participation.

• Consent Calendar policies should be amended. The consent calendar consists of routine agenda items. It is voted on without discussion unless a Councilmember pulls them out for discussion or a member of the public requests to comment on the item. The items do not receive staff report presentations when the item is pulled out either by Councilmembers or by members of the public. The policy should be amended to require staff report presentations and discussion of consent calendar agenda items when they are pulled out by a Councilmember or a member of the public.

• Personal electronic devices should be banned from the Dais. City Councilmembers must participate in the decision-making process, which requires them to give their full attention to the proceedings and members of the public during public comments.

• Councilmembers attending meetings remotely must do so by zoom and must be visible on screen both on television and in chambers so that fellow Councilmembers, City staff, and the public can observe them giving their full attention to the proceedings with the video and sound turned on during the meeting. Suppose the Councilmember is not visible during agenda item public comments. In that case, the Councilmember should be disqualified from discussing and voting on agenda items that are brought up during public comment while they are not visibly present.

Just imagine! Irvine can become known as the most representative city in Orange County, if not the state.