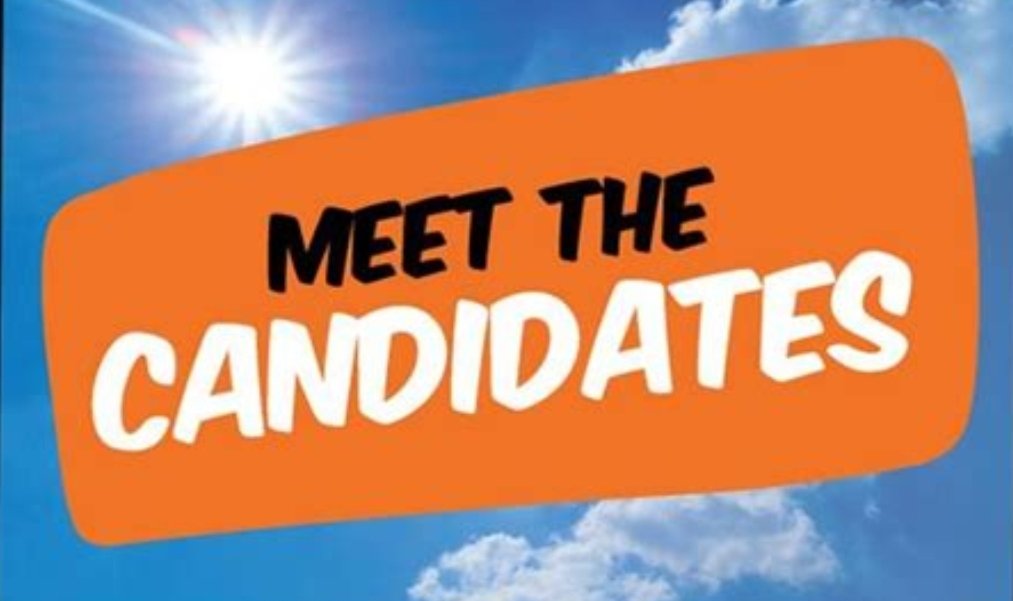 It’s officially that time of the year again. Our mailboxes are flooded with pamphlets, and the streets are lined with campaign signs. Election time in Irvine can be an overwhelming process, and sourcing information may be tough. With the Irvine City Council, Board of Education, and mayoral candidates all running at the same time, you may not even know who’s running for each position. However, no seat in this city is more important than the Mayor.

Let’s take a look at all of the 2022 Irvine mayoral candidates and get to know them a little better.

This is Tom Chomyn’s first year running for mayor, but he has been actively involved in Irvine. Having raised his three kids here, Chomyn has been a part of activities like the American Youth Soccer Association (AYSO), Pony Baseball, Parent Teachers Association (PTA), and the Boosters Board. Chomyn also helped lead support for the Veterans Park to get over 19,000 signatures and has still made it one of his top priorities if elected as Mayor. Chomyn has a career in technology sales and was the Vice President of his fraternity in college.

In our interview, Chomyn expressed his concern with district elections. “Right now, we have four at large city council members, my goal would be to have five district council members and three at large, plus the mayor to precede,” Chomyn said.

Chomyn believes that the addition of more council members by the district would allow for greater representation and more specific action. Specifically, he sees a misrepresentation of residents in relation to the All American Asphalt Plant in north Irvine.

Chomyn said one of the things he loves most about Irvine is the abundance of parks. “I believe that the parks serve as a good balance for families and people in the city where they can go and relax. I think that was the biggest benefit when I moved to Irvine 25 years ago from Indiana,” Chomyn said.

When asked to describe himself with three adjectives or nouns, Chomyn said, “Enthusiastic, passionate, and determined.”

Katherine Daigle, a proud mother, is a long-time resident of Irvine and raised her daughter in the Woodbridge area. She credits Irvine’s history of education and safety for deciding to move here 30 years ago. An MBA graduate, Daigle served as the executive vice president for a healthcare company and mainly focused on legal work. Now, Daigle has focused on writing and journalism.

In our interview, Daigle said public safety is a priority issue for her.  She believes that our police force should be increased and strengthened, as it hasn’t seen any changes in recent years. “We have a lot of crime as far as our cars and the mail and stores are being looted, stores are being robbed,” Daigle said.

In addition, Daigle is against teaching Critical Race Theory in Irvine schools. “Students are being taught Critical Race Theory (CRT), which is not just disappointing, it’s a travesty…so it’s important that we protect our children and get rid of this garbage that they’re putting in schools,” Daigle answered.

Daigle understands the importance of education in Irvine and is making an active effort to revert CRT in schools by working alongside parents. In addition, just like many of the candidates, Daigle mentioned concerns with the All American Asphalt Plant and electric price hikes by the Orange County Power Authority.

Daigle said education was one of the main reasons she chose to move here with her daughter. “We needed to get into a really good school district because that’s important to families, and that’s most important to me,” Daigle said.

However, she said that new rulings in regard to Critical Race Theory would now deter her from the city. “Obviously, today it is not someplace I would consider..it’s a political mess, and with the critical race theory, I want to gather as many parents around to stop what’s going on with our kids,” Daigle responded.

When asked to describe herself with three adjectives or nouns, Daigle responded, “Independent woman, well educated and confident.”

Mayor Kahn did not respond to multiple requests for an interview. However, here is some public information from her campaign website and candidate statement.

Farrah Khan is currently the Mayor of Irvine and is the first Muslim women mayor to lead a large city in the United States. Khan raised her children in Irvine and serves a a Legacy Partner to the Irvine Public School Foundation (IPSF). She has a background in biotech and has served on numerous local committees before being elected as Mayor.

Khan states that as mayor, she made sure that Irvine was a leader in its response to COVID-19 and overall public health. In addition, Khan created a Property Crimes Task Force with the Irvine Police Department (IPD), to help protect local residents. Khan has also supported the development of a Climate Action Plan and the City’s commitment to carbon neutrality by 2030.

In her campaign statement, Khan says, “I’m a mom, longtime Irvine resident, former businesswoman and a former City Councilmember. I understand what makes Irvine special, and I am working hard every day to improve and protect the quality of life in our City.”

Branda Lin is a true Irvine native. Her parents immigrated to Irvine from South Korea, and Lin attended every level of education here, including the University of California at Irvine (UCI). Lin has two children who are following in her footsteps and attending school in Irvine. Lin has worked as a paralegal for law firms around the Orange County area and has made it her priority to be an active citizen in our community. Lin served as a co-founder of Irvine Watchdog and as an activist, has become familiar with local issues and the processes of our local government. She also served as a City if Irvine Community Services Commissioner for two years.

In our interview, Branda Lin specifically mentioned the city’s Climate Action Plan. As Mayor, Lin promises to not only complete the Climate Action Plan but also utilize the plan to tap into funds on the federal and state level. “[A Climate Action Plan] is for my kids, for all the future generations. I think there is an urgency there,” Lin said.

Lin also wants to make changes to local transportation to ensure the safety of our residents and to curb carbon emissions. Protected bike lanes and pedestrian bridges were just some of the methods mentioned by Lin which would help to improve our city’s traffic problem.

Lin has also been an active participant in issues relating to the Great Park and has promised to expedite the Veteran’s, Memorial Park. As mayor, she said she would create an inclusive advisory committee to represent the wants of Great Park residents best.

Lin also shares similar concerns with the other candidates, including district elections, relocation of the All American Asphalt plant, and tackling problems related to the Orange County Power Authority (OCPA).

Apart from her own multicultural family, Lin mentioned the diversity of Irvine. Even when she was growing up here, she always felt fortunate to live in such a welcoming environment.  “I’ve always felt this was my home, and I’m welcome, and I never felt like an outsider. I know [about] some of the challenges that a lot of Asians face in other areas but…I’ve never felt like anything but welcome and comfortable and that this is the home that I could be proud of,” Lin said.

When asked to describe herself with three adjectives or nouns, Lin said, “Passionate, ethical, and genuine.”

Mr. Moon did not respond to multiple requests for an interview. However, here is some public information from his campaign website and candidate statement.

Simon Moon is a South Korean immigrant and Irvine resident. Moon serves as an officer for the United States Army Reserve and is a pastor at a local church. He earned his degree in political science from the University of Arizona and a master’s degree from the Iliff School of Theology.

Moon’s priorities include “defending Proposition 13 and fighting tax increases,” aiding veterans, and overall public safety. Moon believes that many residents in Irvine have experienced a decrease in quality of life recently and promises to restore the redeeming qualities of this city.