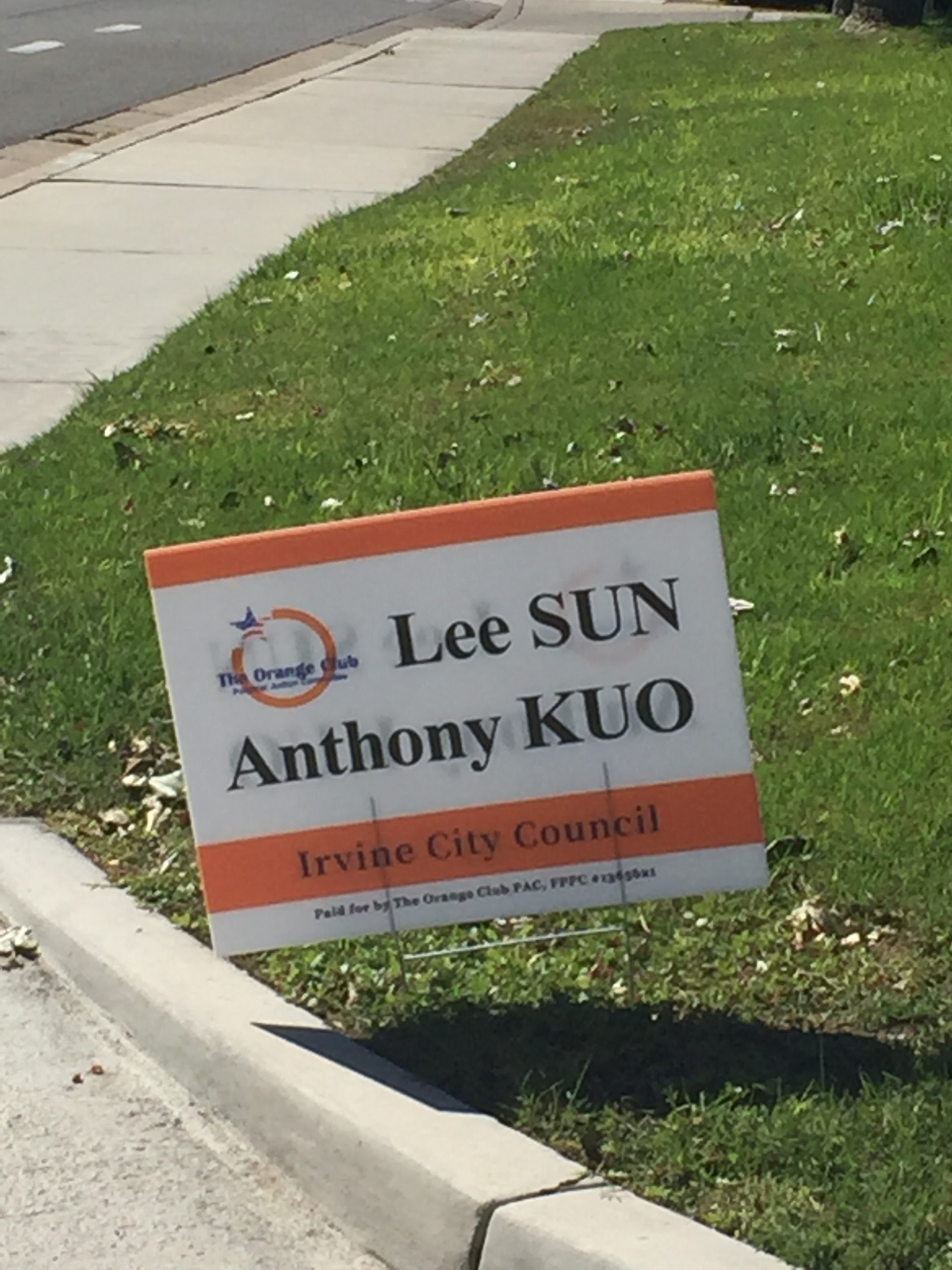 They are supposed to encourage us to vote for a candidate. However, to be a useful endorsement, we should know about the group or person endorsing and the reasons for the endorsement. So, what do we know?

But why? How is one candidate for Council better than the other in terms of public safety?

The closest thing to a reason comes from a quote in a recent mailer endorsing Anthony Kuo. The mailer includes a quote apparently from the IPA President Dave Wills stating the following:

“We’re supporting Anthony because we know as a Councilman he will work hand-in-hand with us to ensure the safety of our families and neighborhoods.”

Is this statement not something that could apply to the other candidates? Are there candidates whose statements or record imply they will NOT work with the police to ensure the safety of families and neighborhoods?

This endorsement is not the IPA’s first. In May, the group also endorsed measure D. On that IPA mailer, it stated the following by Mr. Wills:

“Measure D is a lockbox – it makes sure that there is accountability for fees owed to the city – funds that help ensure the safety of our Irvine Community.”

However, measure D had nothing to do with this.

Confused, I wanted clarification on how these endorsements were determined. So, I contacted the IPA and was referred to Peter Mitchell – Executive Director of the Orange County Coalition of Police and Sheriffs. After several emails in May and again in September and October to explain the reasoning behind the endorsements, he has never explained – usually not even responding. It appears the IPA supports measures and candidates with some generic statement as a reason but will not publicize or substantiate why.

Another endorsement has appeared in campaign sign form. In the past few days, numerous signs have appeared throughout the city endorsing Lee Sun and Anthony Kuo. These signs were made by a group called the Orange Club. Who are they?

According to the group’s website, they are a PAC to increase the Chinese-Americans’ voice in the State Legislature. They began in early 2014 to oppose an attempt to allow California’s public universities to again consider race in admissions.

In terms of the partisan divide, they skew almost exclusively Republican. For example, in the 2014 election, this group endorsed 38 candidates for State Office, State Senate and State Assembly and 37 were Republicans. In their 2018 voter guide for the June primary, they endorsed candidates with words like “Only Republican candidate in this special election.”

So, this November, please be aware of the endorsements. But approach them with caution. If they do not provide even a rationale for why they are endorsing the people they do, these endorsements cannot exactly be considered useful.