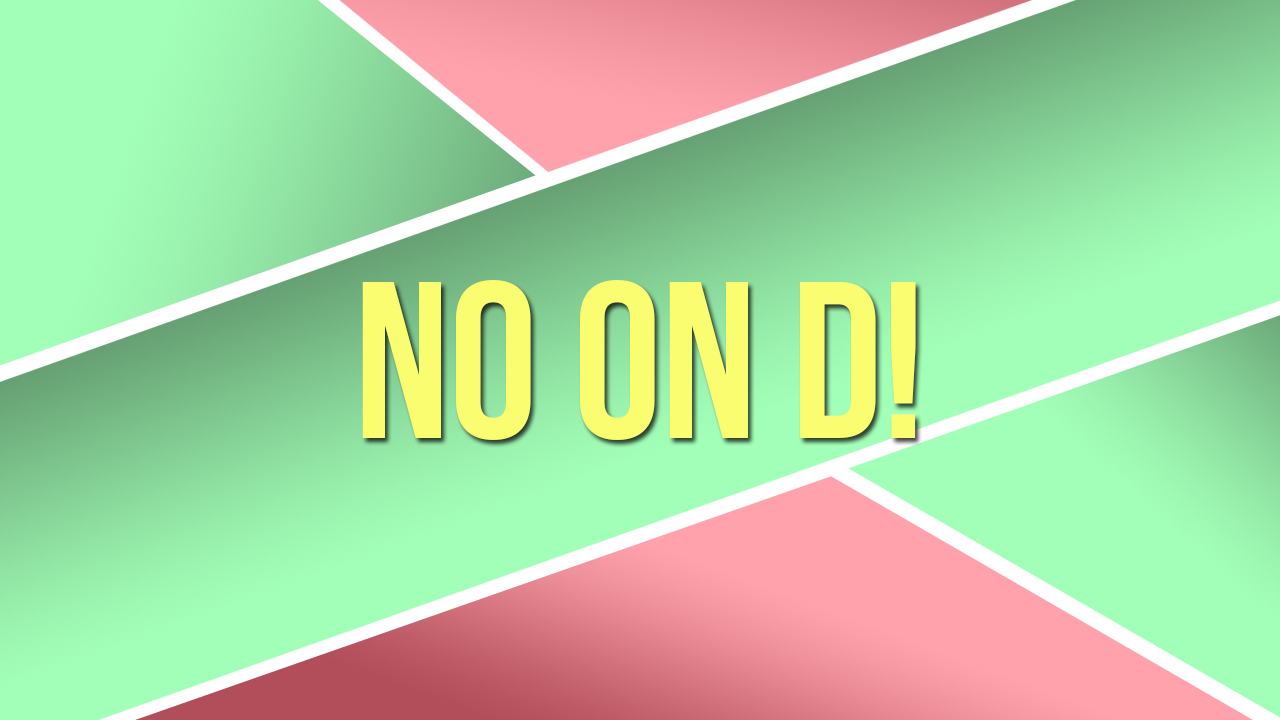 My thoughts on asking the voters to pass “D”.

Whaaa? Petitions are the problem? Trying to put something on the ballot so voters can decide is a problem? Oh wait. That can’t be right, because that’s what D is asking for. So I guess the problem is how something gets onto a ballot.

Oh wait. But only if it involves development.

Ballot-box planning is Bad, right. Well, actually, that is right. But the problem is professional planners don’t get to draw a breath anymore without an elected politician telling him what numbers are desired. So the City Council, if no longer an impartial steward of Irvine’s future, who is? My guess is that it should be the people with the most skin in the game, the residents. The wording in D says we won’t give up our right for referendum. But we do give up the right to petition. And to make it seem as though it was reasoned and thoughtful, they came up with the economics of a 15% standard of harm. I refer you to your Voter Guide. So the TORTURED conclusion is that if we follow in Newport Beach’s example and have a resident voice in developments we will suffer economic hardship, weakened police and fire protection, and higher taxes. (At least that’s what my 2nd mailer says.) I drove thru Newport the other day. The Lido redevelopment looks great, I see other growth, and I haven’t heard that the police and fire departments are suffering. Please vote NO on D, even though you’re going to be bombarded by mailers and later, robocalls.