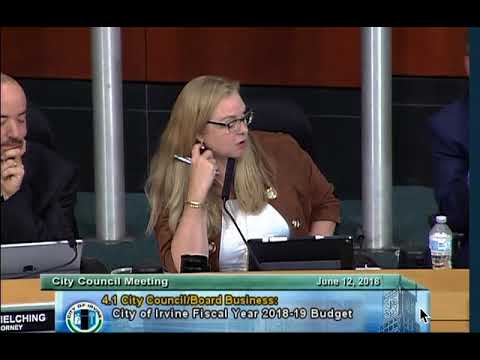 The Watchdog has been asking some very basic and fundamental questions about the proposed bylaw changes to the land trust.  We asked in writing.  Almost two months ago.  Does someone in the city, or on the Irvine land trust, have the answers?  We saw a public relations flyer about the change, referencing how “this was always the plan”, but no direct answers.  We see rhetoric and social media posts accusing us of “politics” and trying to “hurt” the land trust, but no direct answers.  Our simple questions remain on the table-

What does smack of conflict and bias is the fact that the $3m from the CITY BUDGET is going unchecked to “a timing delay, design change and elevator problem” (ref. Councilwoman Fox in the video snippet here.  It appears that these are developer related issues?  Are we okay with bailing out the developers with this money?  Why can’t we see how this money is spent?  Why is it shrouded in secrecy?  If you have nothing to hide, then hide nothing!

The Land Trust currently has $10 million in cash on their balance sheet and some $70 million in assets, why do they need another $3 million? (Note that Melissa Fox originally asked for $6 million)……to fix an elevator?  And did you catch in the exchange in the video that there was a re-design that is also the basis for requesting this money?  How does this not need some type of oversight as Councilwoman Schott delineates here?

Does anyone know how many affordable units the ICLT has built?  Well – I guess now we will never know!

The Land Trust hasn’t become a political target as Ms. Fox claims below, it’s the shady politics that have obfuscated our citizens’ right  to see how the CITY’s money is being spent.  This money largely comes from “in lieu of” fees that developers often pay instead of building the percentage of affordable units.  It appears that this money is now being funneled back to the developer through the city and its land trust.  It goes to the trustworthiness of our elected officials and their track record of deceit. Click here for this track record and the Watchdog will soon be publishing a financial history of these elected officials who want us to “trust them”, so STAY TUNED!

* Note that the post above appears to have been removed……

We have a right to ask questions and we deserve to get answers and not baseless accusations from our elected officials.

The Watchdog will continue to ask.