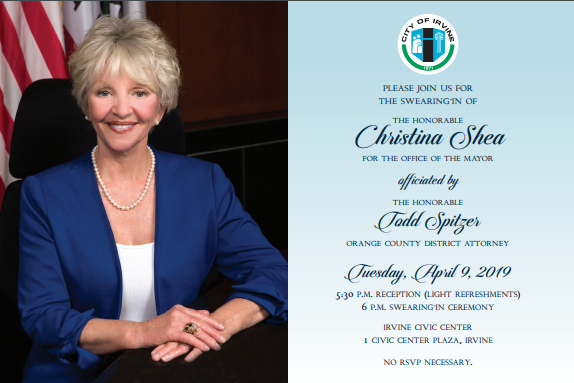 On January 22, 2019, Councilmember Anthony Kuo added an agenda item to amend the City’s municipal code to ensure that a vacant mayoral seat would automatically be filled with the sitting mayor pro tem. The amendment passed 5-0.

As a result, on April 3, 2019, Mayor Pro Tem Christina Shea will become Irvine’s next Mayor until 2020. Shea will be officially sworn in at a special City Council meeting on Tuesday, April 9th.

We hope you can attend the important Swearing-In Ceremony and Special Council Meeting on April 9, 2019.