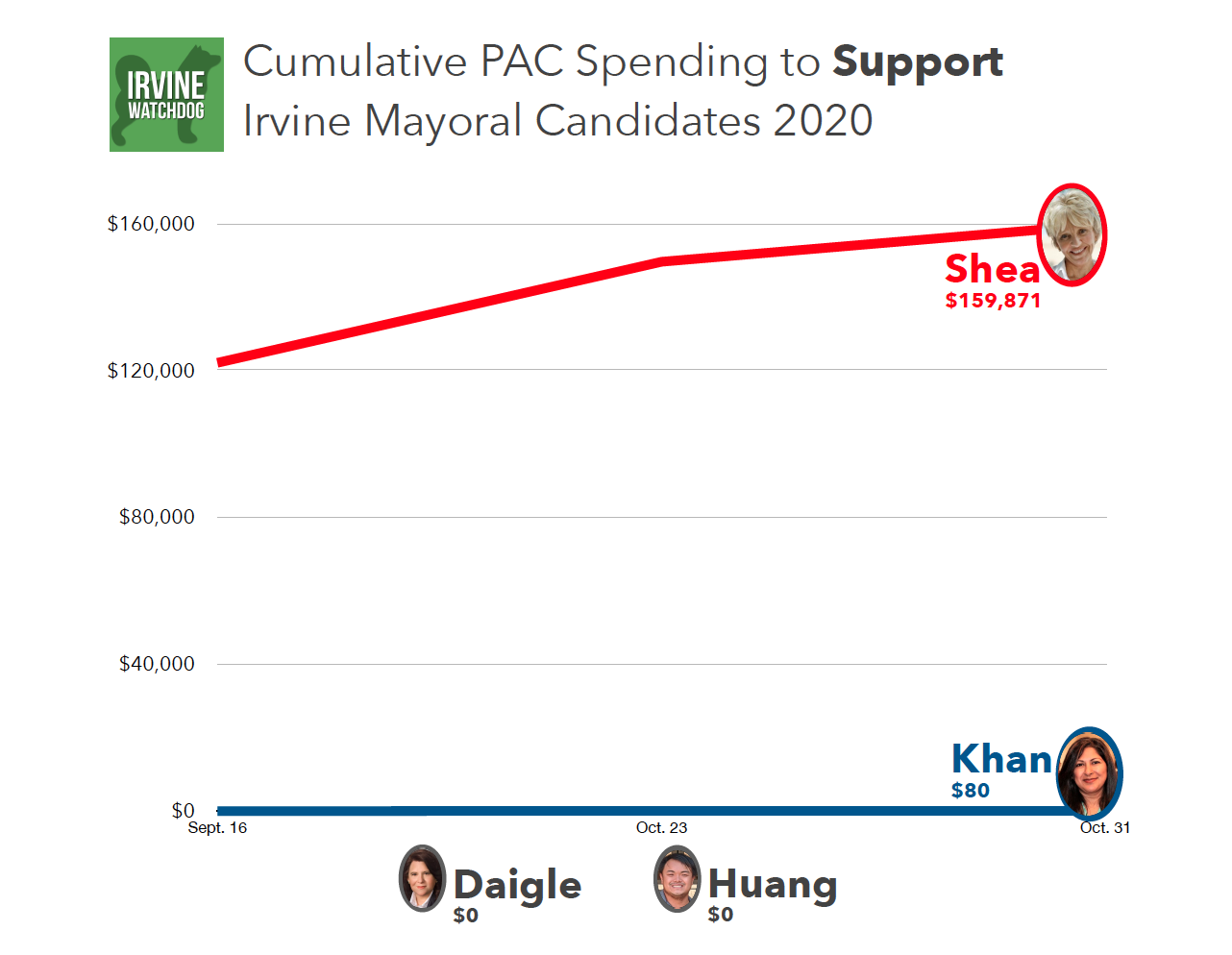 The charts below show the total amount of independent expenditure contributions supporting or opposing individual candidates from September 21 through October 31, 2020. Irvine Watchdog will provide ongoing updates on campaign contributions in the 2020 election. For more, see IrvineWatchdog.org/election-2020/

An independent expenditure (IE) is an expense for a political communication (ie: mailer, social media ad, lawn signs, commercials) made by a political action committee (PAC) that urges voters to support or oppose a particular candidate. The PACs who are paying for the communications are not allowed by law to work in coordination with any candidate or their campaign committees. Independent expenditure reports are filed on a rolling basis with the City Clerk’s office.

We will not know the total amount of IEs spent until after the election. A number of PACs fail to file the required paperwork every election.

The graphs below capture all the independent expenditure filings found on The City of Irvine Campaign Statement Public Portal between 9/21/20 – 10/31/20. The graphs below do not include candidates who have not been supported or opposed by PAC money: Katherine Daigle, Luis Huang, Laura Bratton, Christina Dillard, Anshul Garg, Dylan Green, Diana Jiang, Hai Liang, Mark Newgent, Abigail Pole.

Click here for a PDF of the graphs below.

Richard is an Irvine resident focused on people-centered public policy, good government, and supporting an independent, adversarial press to hold the powerful accountable and to inform and empower Irvine residents. Richard is a community journalist and the Editor of Irvine Watchdog.