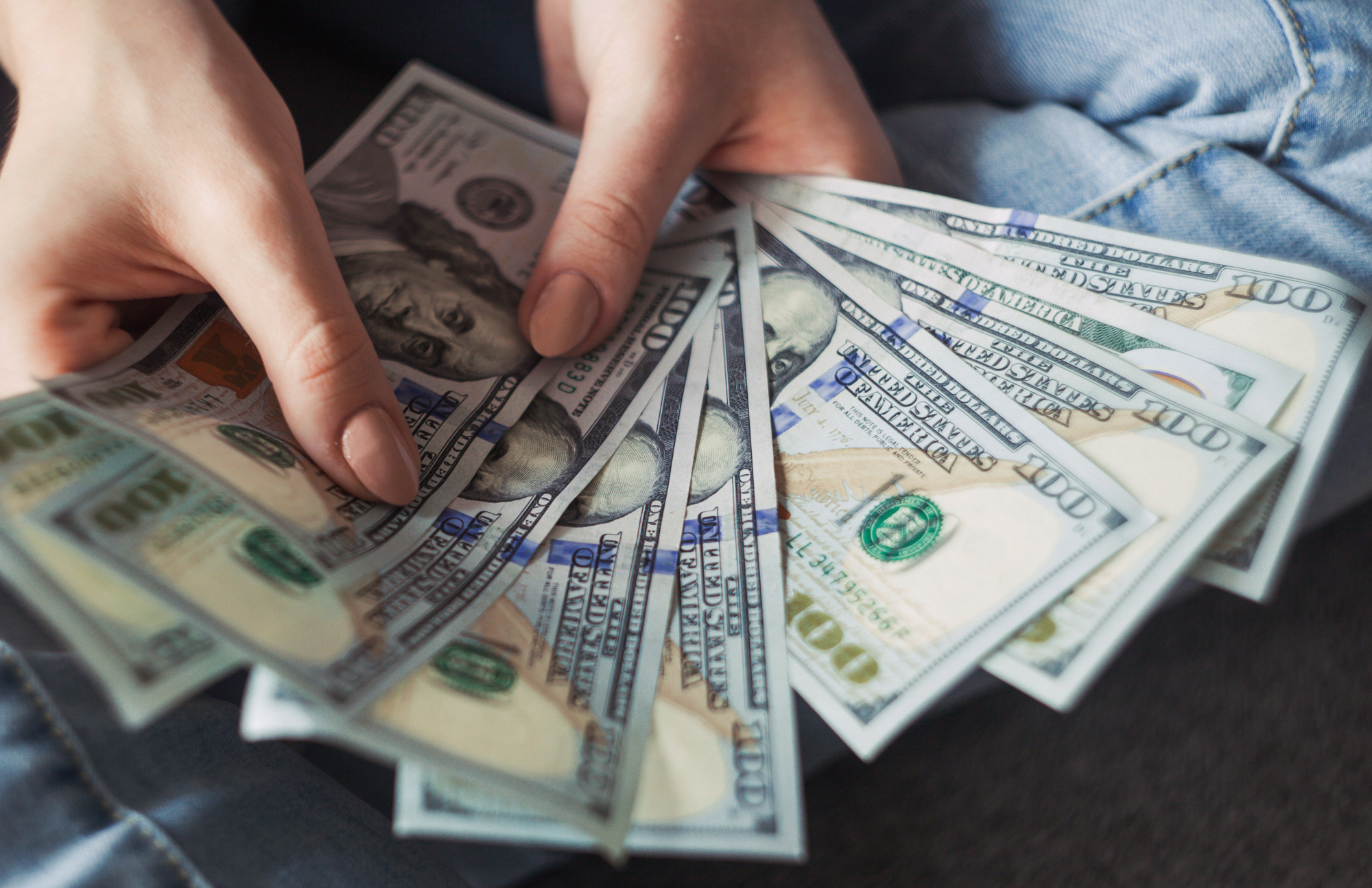 “I am proud that our anti-nepotism ordinance expansion passed during tonight’s city council meeting. This is about closing loopholes in our existing anti-nepotism policy. The purpose of our commissions is to have a broad variety of voices and I want to ensure that those who are not related to us also have a seat at the table.”

You don’t have to be related to Tammy Kim for her to appoint you to an Irvine commission or committee, but you might stand a better chance if you donated generously to her campaign or hold an influential position in the Democratic Party of Orange County.

An Irvine Watchdog review of Kim’s 2020 campaign committee’s FPPC Form 460s reveals that Kim raised $2,775.00 from individuals she subsequently appointed to commissions and committees. Four of her key appointees donated the legal maximum of $530.00 to her campaign—but two of them did not do so until after she had already been elected. Kim also appointed two Democratic Party officials to City commissions. (All donations discussed in this article were reported by the councilmembers’ campaign committees on FPPC Form 460s, and are available on the City of Irvine’s website here.)

Kim is not alone in rewarding those who helped get her to the table with seats of their own. As previously reported, Mayor Farrah Khan’s appointees have contributed more than $4,000.00 to her current re-election campaign, and more than $5,000.00 more to her past campaigns. Councilmember Mike Carroll’s appointees and their spouses donated at least $2,370.00 to his 2020 campaign. To a significantly lesser degree, Councilmembers Larry Agran’s and Anthony Kuo’s appointees also included campaign contributors. Three Agran appointees donated a total of $1,260.00, while two of Kuo’s donated $770.00

Let’s break it down:

Prior to the first reading of the proposed “Anti-Nepotism Ordinance” Kim co-sponsored with Mayor Farrah Khan, Voice of OC reported:

“When asked about the item in a text last month, Kim said no one was violating any existing policies, but that she felt they should be changed because Councilman Larry Agran’s wife Phyllis Agran serves on the city’s Children, Youth and Family Advisory Committee.

“’I think that appointments should be spread out to residents of the community to give others a chance to serve,’ Kim said.”

After the first reading on April 12, Voice of OC reported:

“Kim also repeated many times that it was never meant as an attack on any single councilmember or family member after she was quoted pointing out that Larry Agran’s wife served as his appointee, saying the goal was to allow more diverse opinions on the committees.

“’This is in no way meant to be an attack on any one individual,’ Kim said. ‘We’re all held to the same standard.’”

Yet if the proposed ordinance is adopted on second reading at the Council’s April 26 meeting, the only current appointee it will affect is Dr. Agran, who will be required to step down from her uncompensated position on the Irvine Children, Youth and Families Advisory Committee (IAYFAC).

Also unaffected will be Kim-appointed Transportation Commission Chair Ken Montgomery. Unlike Foo, he was not among Kim’s early donors. Indeed, he waited until after she was elected to jump on the bandwagon, throwing in $125.00 on November 24, 2020 (three weeks after the election), and another $405.00 on January 15, 2021 (well after Kim had assumed office). Thus, Montgomery also maxed out, albeit after the fact.

Two other Kim appointees are not identified as donors on her Form 460s, but wield power in the Democratic Party of Orange County (DPOC). Ajay Mohan, Kim’s appointee to the Finance Committee, serves as Executive Director of DPOC. Naz Hamid, Kim’s appointee to the Community Services Commission, is an elected member of the Orange County Democratic Central Committee, the governing body of DPOC. (The Central Committee endorsed Kim’s candidacy in 2020, before Mohan and Hamid assumed their party positions.)

These are the people who have seats at Tammy Kim’s table.

Carroll was appointed to the Council to fill a vacancy in May 2019, with then Councilmember Khan providing the highly controversial swing vote. The vacancy was the result of former Mayor Don Wagner resigning after being elected to the Orange County Board of Supervisors, and former Mayor Pro Tem Christina Shea being elevated to Mayor. Shea’s former position was subsequently renamed Vice Mayor, and the Council elected Carroll to that position. Thus, he was able to use “Vice Mayor” as his ballot designation when he successfully ran for a full term in 2020.

Agran served multiple terms as Mayor and Councilmember over the course of several decades, but had been out of office since 2014 when he ran successfully for a Council seat in 2020. Three of his current appointees are reported as donors to that campaign. Planning Commissioner Mary Ann Gaido donated $100.00 on August 7, 2020, and another $100.00 on September 25, 2020. Community Services Commissioner Jing Sung donated the maximum $530.00 on October 30, 3020, as did Green Ribbon Environmental Committee member Dr. Kevork Abazajian on September 8, 2020. A search of Form 460s from Agran’s unsuccessful 2014 Council campaign did not reveal any additional contributions from his current appointees. Contemporaneous reports from his campaigns in previous years are not readily available on the City’s website.

Kuo’s successful 2018 campaign reported only one contribution from a current appointee of his. Planning Commissioner Christine Knowland donated $300.00 on August 9, 2018.  William Von Blasingame, Kuo’s appointee to the Green Ribbon Environmental Committee, is reported to have donated the maximum $470.00 to Kuo’s unsuccessful 2016 campaign on October 26, 2015. As of December 31, 2021, none of Kuo’s current appointees was reported to have donated to his 2022 re-election campaign.

Is Irvine’s commission and committee system, as currently implemented, a pay-to-play racket? Reasonable minds may differ. Is that system in need of fundamental reform? It seems difficult to formulate a reasonable argument that it’s not. Would the so-called “anti-nepotism ordinance” accomplish fundamental reform? Clearly it won’t. Its only effect would be to remove a highly qualified elder woman from an uncompensated committee that meets four times a year. Would that free up “seats at the table” for more people in the community? No. The same councilmember who appointed that committee member would appoint her successor, and the other four members of the council would remain free to appoint their campaign donors and political cronies to other vacancies without regard to qualifications.

It doesn’t have to be this way. We could have a system with qualitative criteria for membership on commissions and committees, an open and well-publicized application process, and a merit-based selection process. That’s how it is for most paying jobs for the City of Irvine. The so-called “anti-nepotism ordinance” is based on the premise that the relationship between councilmembers and their appointees is “akin” to the relationship between supervisors and their subordinates. If this is so, shouldn’t the “supervisor” be required to appoint the best qualified candidate without favoritism? Shouldn’t appointees be allowed to perform their duties to the best of their ability without fear of arbitrary termination, as most City employees are?

A true reform might look something like this: For each commission and committee, there is a job description with stated qualifications related to the duties to be performed. There is an open and ongoing call for applications that is continuously posted on the City’s website and regularly posted on social media. Applications received are screened for the established qualifications. Let each councilmember choose from the list of qualified applicants one nominee for each commission and committee, but let that nomination be subject to confirmation by the Council as a whole. And once confirmed, the individual serves for a fixed term, subject to removal only for specified good cause, by majority vote of the Council.

If you want to see true reform of the “anti-nepotism ordinance,” please attend the City Council meeting on April 26 at 5:00, in person or via Zoom, and offer a public comment on Agenda Item 2.11. See information on how to participate here.

Disclosure: The writer donated to Kim’s and Agran’s 2020 campaigns.