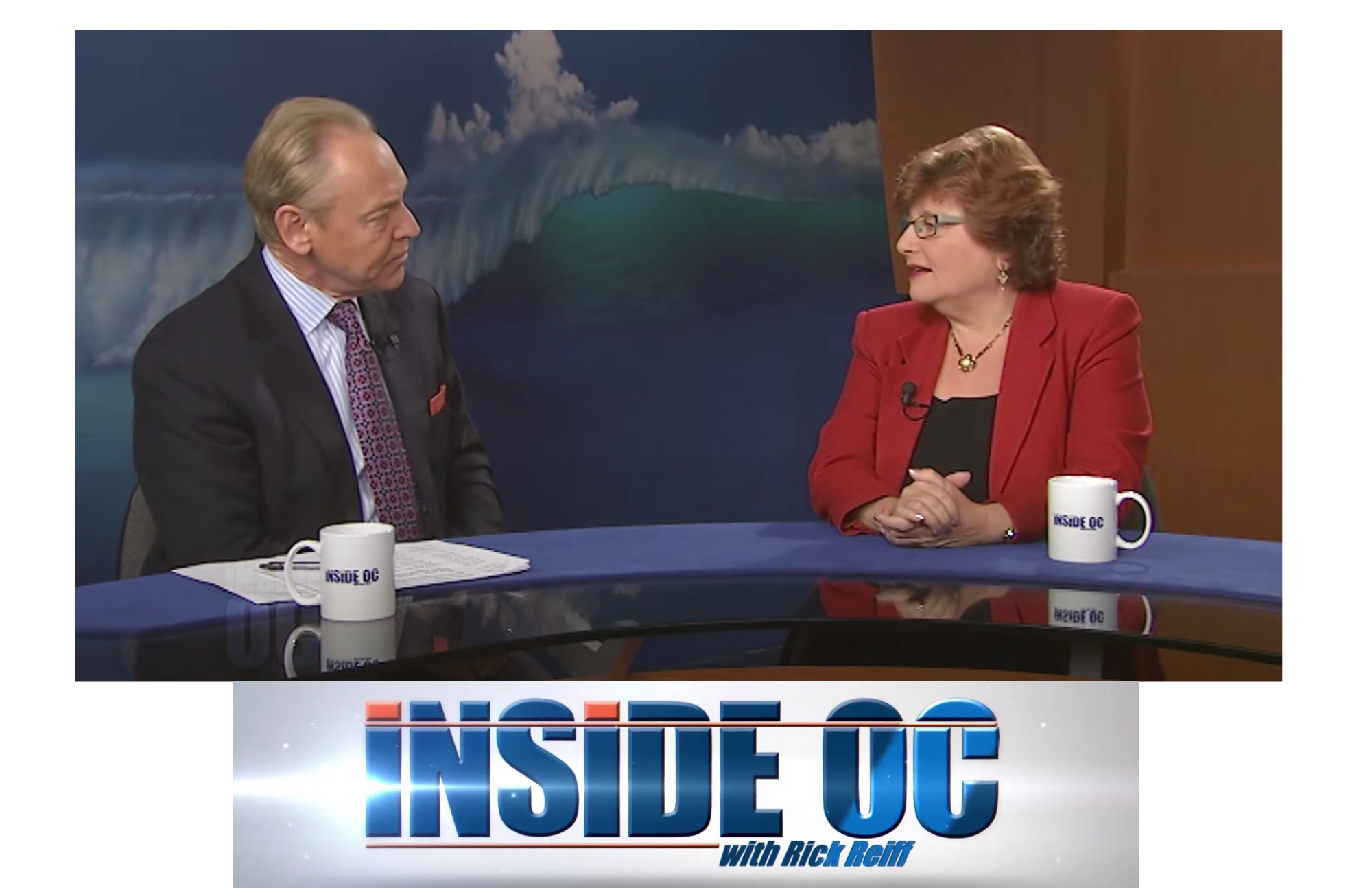 Here is a December 2016 interview of former Mayor Beth Krom, by Inside OC’s Rick Reiff. Fivepoint, the developer for the Great Park, was a sponsor for this PBS program.

Krom discussed a wide-range of topics including developer influence in our elections, the development of the Great Park, and ends the interview discussing her celebrity father and family tragedy.

The entire interview is worth a listen. The “controversial” discussion of the Great Park begins at the 7:25 minute mark.

Here are some excerpts:

“What we have now are people, institutions, developers who are willing to spend a million dollars to get a council that is controlled by them and will do their bidding. I don’t think that’s in the best interest of the community.”

“People prefer to talk about personalities and not the actual issues of how the community is functioning, what we were able to achieve, and where we are today as compared to in those days.”

“I believe in planning… Now the park is essentially being planned by developers who have different interests than the interests we had for the kind of park we wanted.”

“My feeling is, the 13,470 acres that were dedicated for the Orange County Great Park is a public trust. It should be under public stewardship. By the way I also think that it’s the Orange County Great Park. Yes it’s in my city, the city of Irvine, but I’m offended that the whole narrative has now shifted to somehow, this is Irvine’s park and not all the people of OC.”

Listening to this 2016 interview and then fast-forwarding to present day, what are your thoughts?