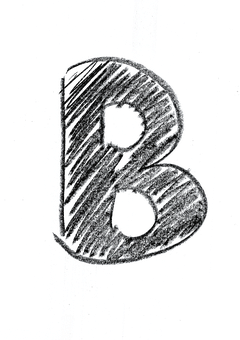 Please note that this post is at least partly the reason why I have now been banned from Nextdoor. The neighborhood lead is Dawn Antis – she writes for the OC Register and was appointed to the Irvine Child Care Commission by Melissa Fox.

I was reluctant to weigh in on this issue. Measure B discussions make iron cage matches look friendly and polite. But I would like to give some added perspective to this issue.

Please note a little bit of context. As you know, the contracted builder for the land in the Great Park is Five Point Holdings founded in 2009 to manage California master-plan developments. On May 10th of last year, the company went public.

The country’s largest home construction company Lennar invested for approximately 40% of the firm. At the time, Lennar’s CEO remarked: “It’s not about where you start. It’s about how you proceed and how you grow along the way.”

Since then, Five Point has not been doing well financially – a consolidated net loss for 2018’s first quarter of $14.3 million. As a result, its stock price has fallen almost 20%. So, Five Point desperately wants that 125 acres of prime land in the Great Park to build houses – especially if they can pay way below market value for it. For Five Point CEO Emile Haddad, a loss on Measure B would be particularly problematic since he has been the highest paid homebuilding CEO in the US.

Now, there is much to admire in Haddad’s personal story.

He survived Lebanon’s brutal civil war, came here with very little and has accomplished a lot including becoming the Chairman of the UCI Foundation. But given this context, is Five Point likely to make a choice that is more in the interest of Irvine’s quality of life or of itself?

There are other issues as well. The most important – the veterans and their final resting place. Both sides have claimed that the veterans support their side of the measure. But the evidence has been anecdotal – quotes from or videos of individuals or endorsements from particular veteran groups. But without several statistically representative polls of veterans (or at least one), it is hard to say. Even with one, which veterans should be polled? Those in the OC? Those in Irvine? Those who fought in Vietnam who live in the OC?

So, what else do we know? The speed of construction in the city is not keeping up with infrastructure – e.g., the traffic. A drive around the Great Park and you may think “the OC Great Park” should be called “the OC Great Housing Development”. The developers appear to have oversized influence over the City Council (can look at the California Secretary of State Financial Statements showing the “donations” made or see the following summary from those statements: https://www.irvineliving.org/single-post/2018/03/01/What-We-Know-About-the-VoteNow-Action-PAC). The ability to petition to stop building projects is under threat in Measure D (for more info, please see www.irvinewatchdog.org or read the law itself http://legacy.cityofirvine.org/civica/filebank/blobdload.asp?BlobID=30134 – note how loose the definition of fiscal benefit is).

I realize in the vitriol that the charge of “Agranista” is being used. A quick look at his publication shows he is indeed solidly behind stopping measure B. Still, although a label can sometimes be insightful, it often is not an argument – especially if it is used so sweepingly. Many people who oppose measure B are not his supporters – like me. But by trying to look at it impartially and by reading far more than one publication, this is what I see.

If you got this far, thank you for reading all this. One day, I have to learn something called being concise…