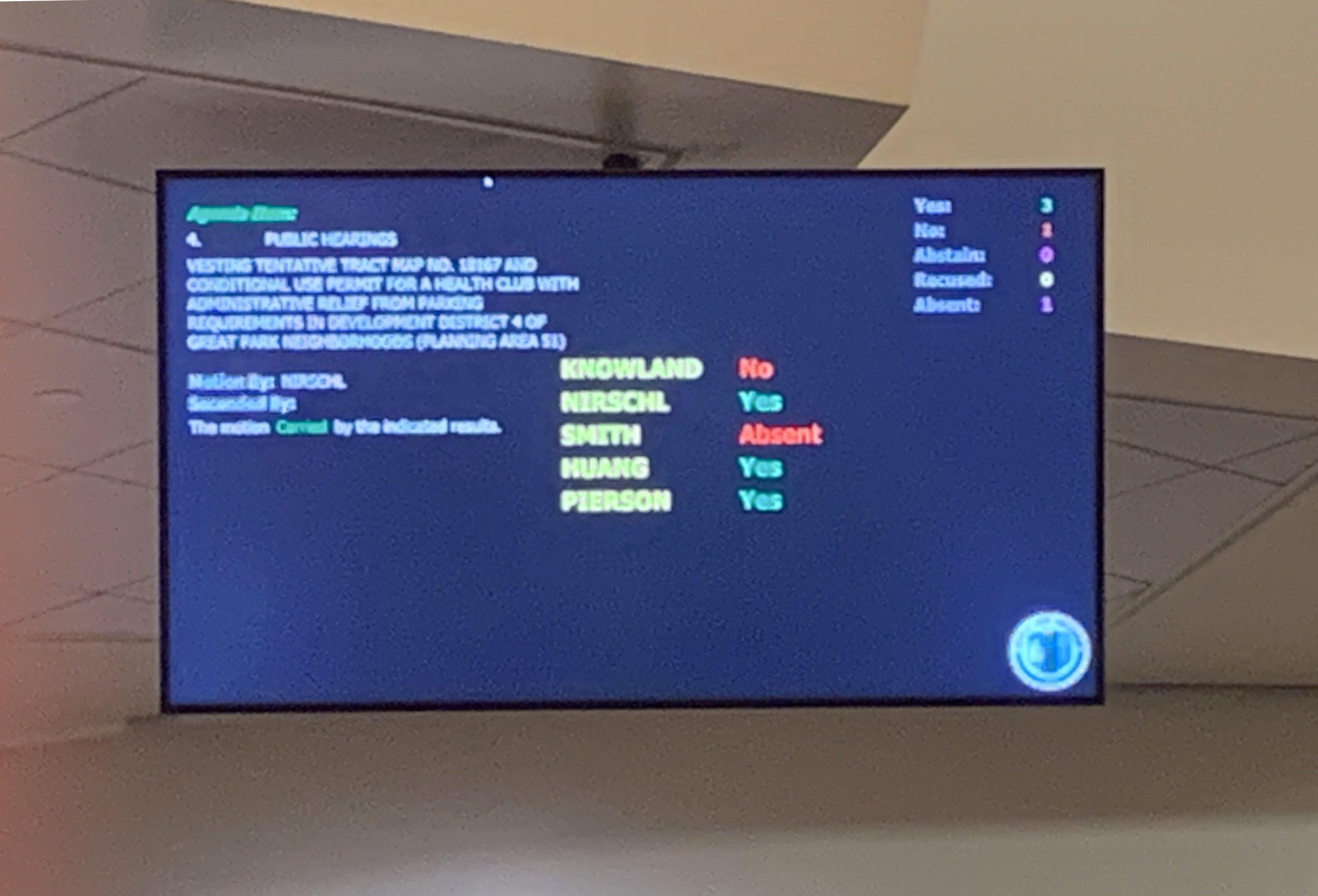 On October 3, 2019, the Planning Commission voted 3-1 (Commissioner Knowland opposed; Commissioner Smith absent) in favor of allowing Five Point to replace the planned “food hall in a repurposed military warehouse and a series of military-themed Quonset hut designed tenant spaces” which was approved in 2015, with Life Time Fitness Center, a 4 story parking structure and a private road.  FivePoint’s request for this conditional use permit makes it clear the original plans had changed. The fitness center will provide a swimming pool, basketball courts and other amenities for its members. The café and spa will be open to the general public.

Details from the Staff Report:

“The ground floor of the health club is 44,610 square feet. It includes the main reception area and lobby, a café and coffee bar, men’s and women’s locker rooms, a luxury salon and spa, and three indoor pools.
The second floor of the health club is 42,738 square feet. This level houses the programmed fitness classrooms as well as two basketball courts and a 9,288-square-foot kids academy. The kids academy is an ancillary service for members present at the club. It offers various fitness and educational classes to children ages 3 months through 11 years old.

The third floor is 31,372 square feet. This level is the main gym area; strength training and cardio equipment occupy most of the floor area. A members-only chiropractic care and physical therapy center is on this floor. The remainder of this level is open to the basketball courts that are below.”

Commissioner Knowland asked, “so if I want to go get groceries, if I want to go to a drug store, CVS, RiteAid, whatever, that will be an opportunity for me. And it’s going to be maybe 1 ½ miles away. And that’s going to be part of a larger development, is that correct?” To which Mr. Strader vigorously nodded, “yes”.

There will be a public hearing and vote by the Planning Commission for a mixed use commercial center and two hotels to be located at Great Park Blvd and Ridge Valley, near the neighborhood of Parasol Park, on October 17, 2019. Click here for the agenda.

Commissioner Pierson informed the public that Five Point has the right to select from a list of land uses under zoning 8.1 and the Planning Commission does not have the right or authority to force an application to accept one use over another.