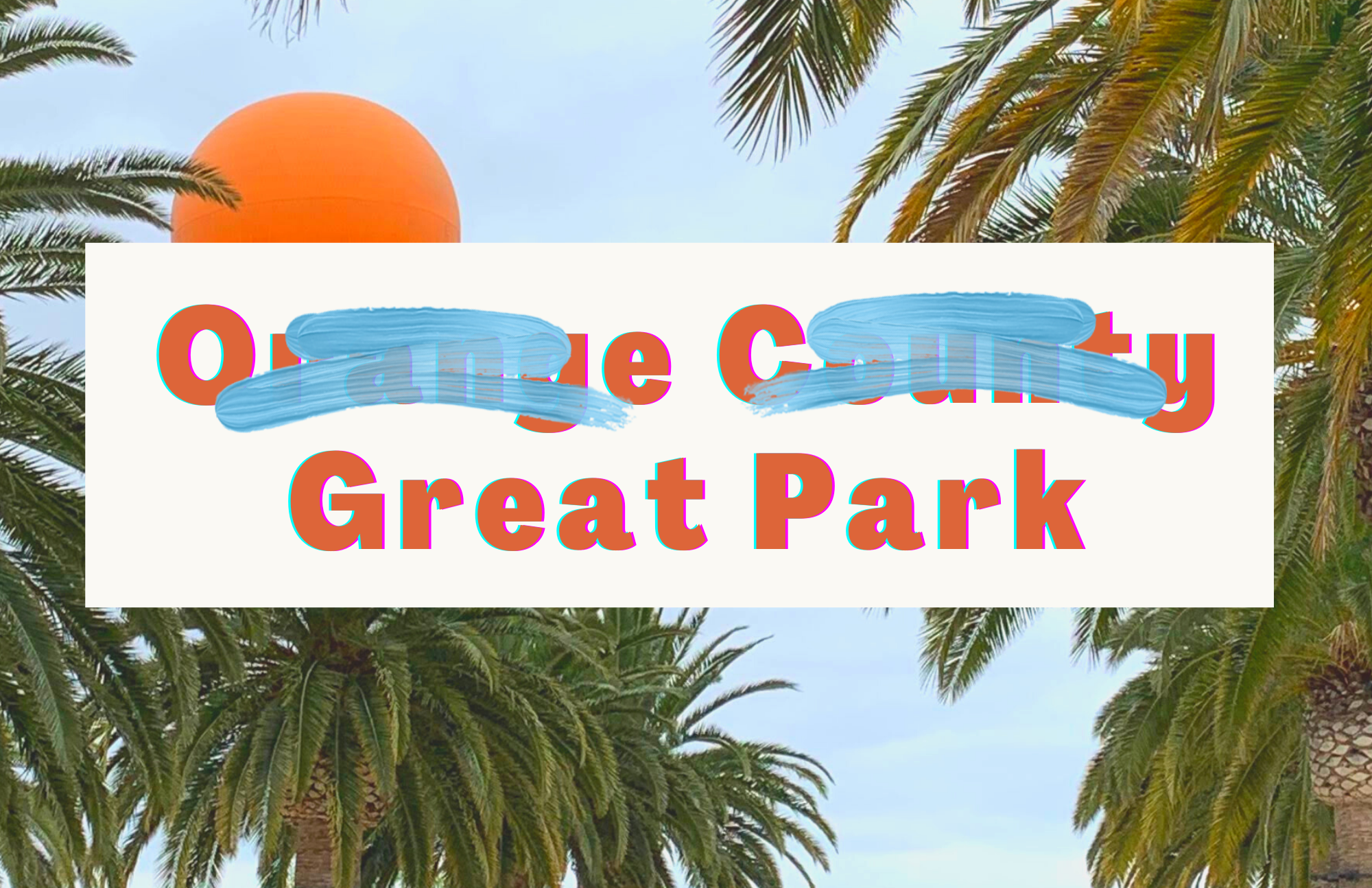 So now we are beginning the tasks needed to complete the Orange County Great Park name change that was approved by the City Council on August 10, 2021, by a vote of 4 to 1, with Council Member Larry Agran dissenting. At the September 16, 2021 (agenda item 3) the Planning Commission is being asked to approve the zoning change and the General Plan amendment, which is the first of many steps required to officially change the park’s name from the “Orange County Great Park” to the “Great Park”.

The decision to remove the words “Orange County” from the name of the Great Park brings up several issues that I hope will be addressed by the City Attorney, the Acting City Manager, and City Staff before proceeding with the name change process:

1. Is the name change consistent with the will and intent of the voters who passed Measure W in 2001 to create the Orange County Great Park?

The County voters were promised a park with museums, gardens, and recreational facilities affordable to people from all walks of life. The voters’ intent was for the County, not Irvine, to be world renown for having a park comparable to New York City’s Central Park.

2. Is removing the words “Orange County” from the park name worth its cost in time, effort, and taxpayer money?

The agenda documents do not outline the actions that must be taken to change the name. The process includes amending the General Plan and zoning codes and includes changes to park signage, uniforms, maps, and handouts. In addition, this name change will require amendments to the Great Park Articles of Incorporation and the Great Park Bylaws, which will require attorney and staff time resulting in the use of hundreds of thousands in taxpayer money.

Couldn’t the attorney and staff time and taxpayer money be put to better use in the Great Park development process?

3. In the interest of public transparency, members of the public, whose interests the City Council Members have sworn to represent, should be informed of the real reason for the park’s name change and of how the name change will benefit Irvine residents.

Removing the words “Orange County” from the name of the park because the county does not contribute to the costs of the park’s development cannot possibly be the real reason for the name change. The County of Orange has not contributed to the costs of the development of the Great Park for decades, if ever. The Park has always been referred to as “the Great Park,” yet, Mayor Farrah Khan is reported to have stated that removing the words “Orange County” from the park’s official name would make Irvine known throughout the world. Even if this were true, how would Irvine being world-renowned be a benefit to Irvine residents?

California’s Brown Act was enacted to promote transparency and public participation in the decision-making process. Without transparency, honesty, and full disclosure of city issues and related facts, the constituents are left in the dark and made irrelevant.