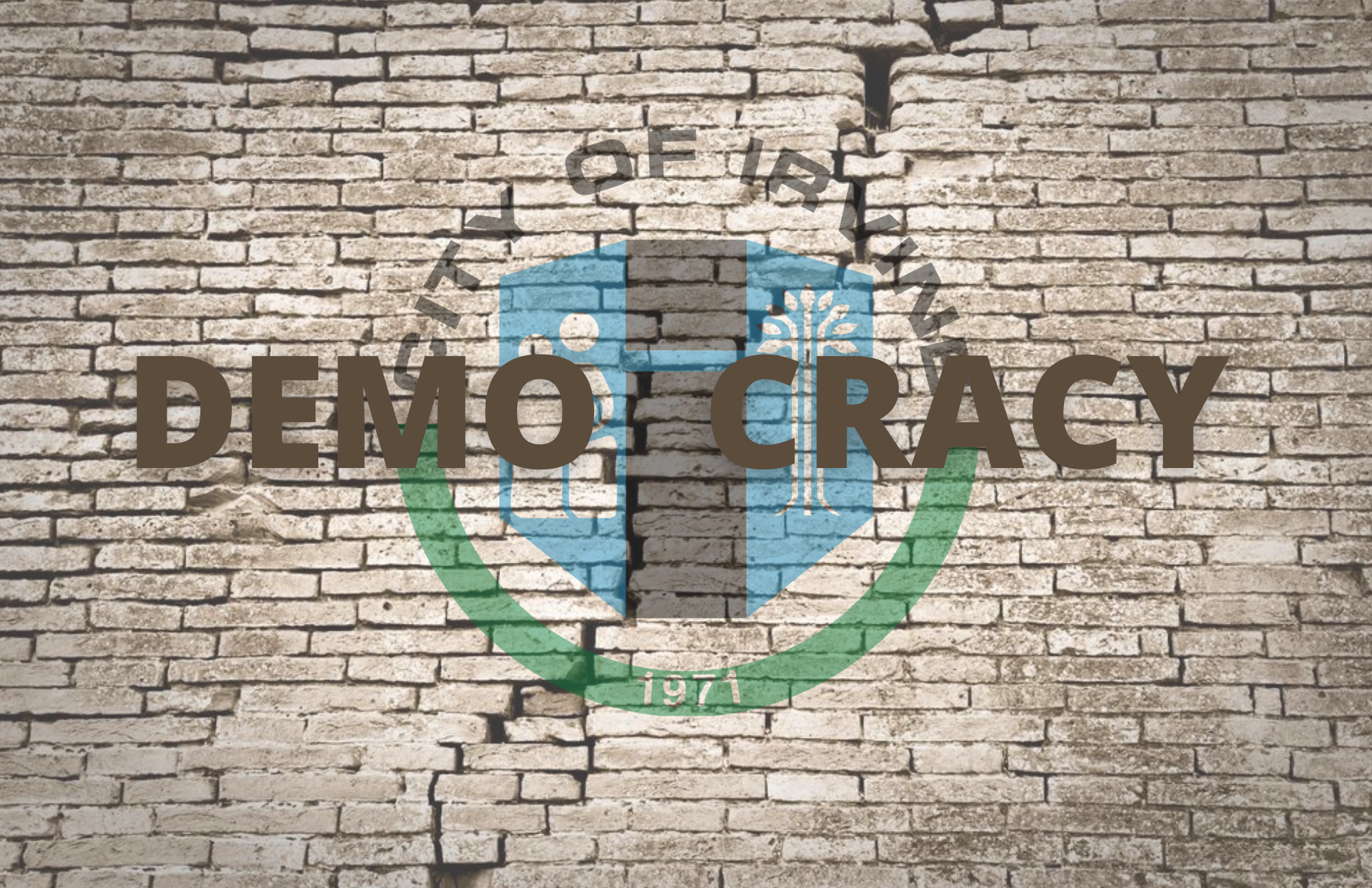 “I view what we do here as a vision,” FivePoint Holdings Founder and Chairman Emeritus Emile Haddad says, redundantly, in a promotional video on the company’s website. “When you lead from the front, it is easier for people to follow” is another Haddad head-scratcher.

What it does not say is that FivePoint has reportedly spent over $2 million on Irvine elections since 2015 to “lead” Irvine toward the company’s “vision.” Apparently when you lead from the front, it helps to leave fat stacks of cash for people to follow all the way to City Hall, where FivePoint-funded candidates are expected to make decisions that advance company profits. And what do such decisions look like?

“Haddad told the Business Journal that another 5,000 homes or so could be built on his Irvine-based company’s land at the former El Toro marine base if the city OKs a deal.”

In March 2019, the Irvine City Council voted 4-1 (Y=Wagner, Khan, Fox, Kuo; N=Shea) to authorize an additional 1,056 FivePoint market rate homes built in the Great Park, bringing the total number of entitlements to 10,556.  Now, not even 3 years later, FivePoint is asking for more.

What else are they after?

Voice of OC reports that “should the city ever decide to sell the [Great Park] hangar site, FivePoint has first dibs on the property under a deal struck with the city over a decade ago when the developer originally sold the land to the city.” That would be the same hangar site which had been earmarked for a veterans cemetery, whose future there is in serious doubt after years of political wrangling and obfuscation — all to FivePoint’s clear benefit. That land would be highly valuable to the developer, and removing all obstacles to securing it is surely one of the company’s top priorities.

Against this background, consider the third in a sequence of anonymous political mailers that have been delivered to Irvine residents over the last two months:

Mailer 1: Mayor Khan, Vice Mayor Kim, and Councilmembers Kuo and Carroll are dubbed the “Irvine Four” and praised for “protecting our neighborhoods, including their unwavering support for moving the veterans cemetery to Anaheim Hills.” Notably excluded from their number is Councilmember Larry Agran, who supports building the cemetery here in Irvine.

And, finally, Mailer 3: In a grossly misleading oversimplification of a vote concerning a resolution against anti-Asian hate, Larry Agran is once again targeted – this time for “[choosing] not to protect [Asian-American people].” In reality, Agran wanted slightly different language in one particular section of the resolution, which the rest of the city council flatly refused to even consider.

To date, Watchdog has received no conclusive evidence that indicates the source(s) of these mailers. What is clear is that the mailers target Larry Agran with lies and support the so-called “Irvine Four,” with the future of a Veterans Cemetery at the hangar site (and massive financial implications for FivePoint) at stake.

All of which presents a fantastic opportunity for Mr. Haddad and FivePoint to demonstrate the leadership and vision that they’re so keen to praise themselves for. FivePoint should denounce misleading attack ads –anonymous or not – and pledge to refrain from using its substantial financial resources to unduly influence the will of the Irvine electorate. Because you cannot “empower and inspire people” by corrupting government by the people, nor can you “bring people back together” by using political advertisements that defame our leaders and tear our community apart.