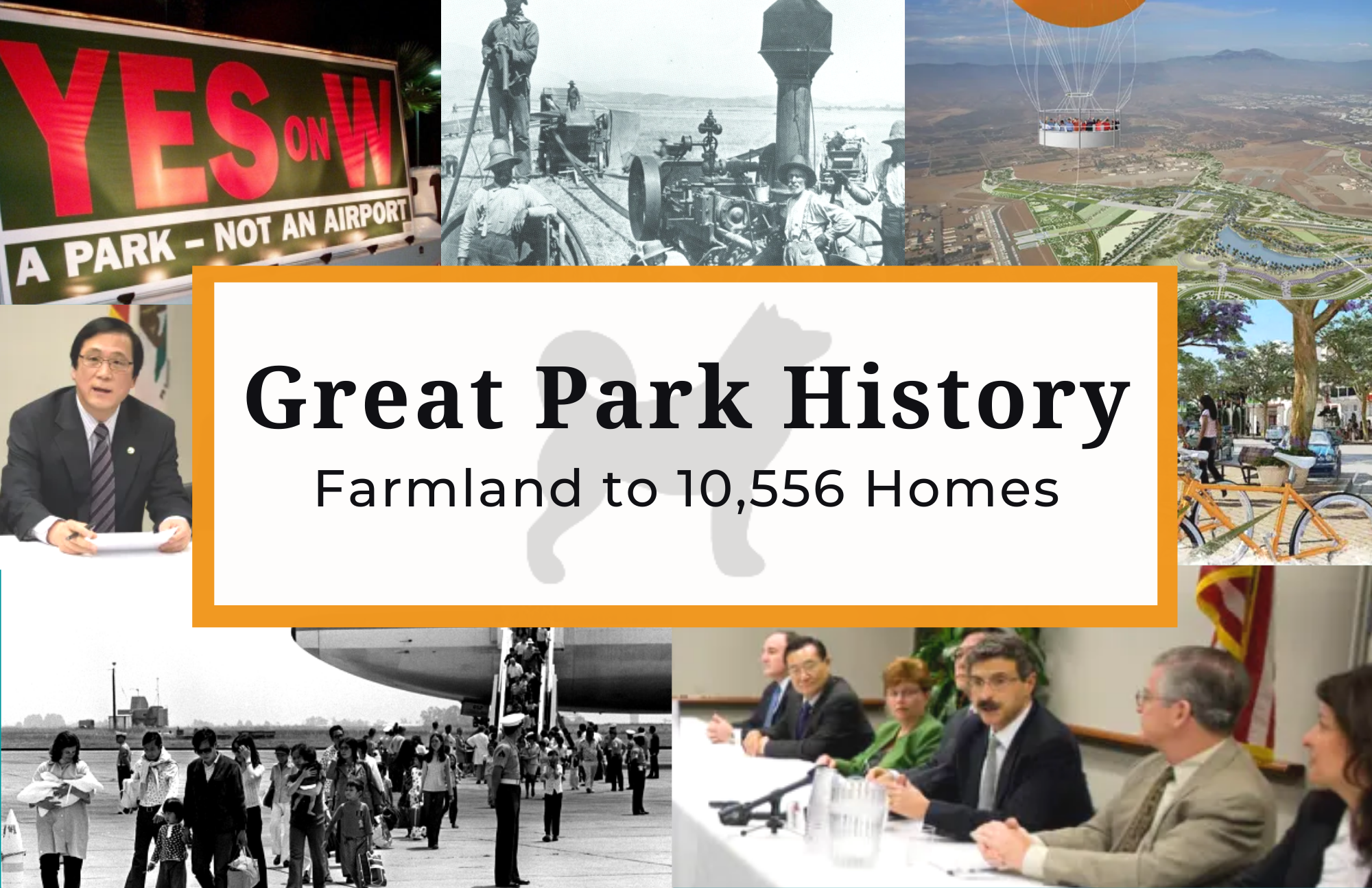 1. Looking Back to Look Forward
10,556 homes. Let’s look back to understand the history of the area and how FivePoint achieved this number of home-building entitlements in the Great Park. Once we understand the history and numbers, let’s look forward to determine the best course for Irvine to proceed within the legal conditions that now exist.

2. Competing Visions (1993-2002)
The competing visions for this long-valued land have been as follows: an international airport, a great metropolitan park similar to New York’s Central Park or San Diego’s Balboa Park, a 100%-free-market development, and a public-private development between the City of Irvine and Lennar (and later its spinoff FivePoint) that would include a metropolitan park with a limited number of homes and businesses.

3. Initial Homebuilding Numbers Plus a Bonus Density (2005-2009)
Here we start on the journey of understanding how FivePoint’s home-building entitlement numbers increased over time.

5. Irvine City Council Votes on the FivePoint New Plan and Good Faith (2011-2012)
Each of the 2011 council members voted on FivePoint’s “new plan.” In addition, we look at some of the concerns the council members expressed regarding the new plan.

7. A Loop Hole, Principles, Looking Back/Looking Forward (2013-2019)
A loop hole further increased FivePoint homebuilding entitlement numbers and brought it to its current number of 10,566. We will take a look at the Great Park founding principles as well as accountability and due diligence. Then we will close out this series by considering how to best proceed forward with the Great Park development.